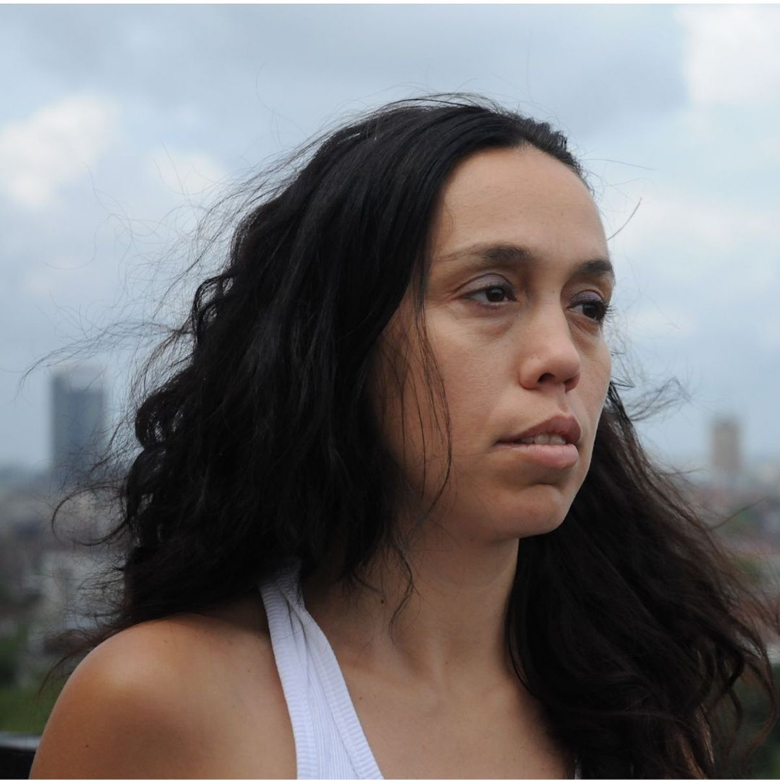 Mónica de Miranda (Porto, 1976) is a Portuguese artist and researcher of Angolan origin who lives and works between Lisbon and Luanda. Her work focuses on postcolonial issues of geography, identity and history, mainly narrated within a subjective framework associated to African diaspora. Through the interdisciplinary use of different media — drawing, photography, sound, video, and installations — including documentary as well as fiction, she looks at the convergence of politics, gender, memory and landscape. Metaphorically, yet realistically, the urban and the peripheral come together under her performative documentary approach. De Miranda first became known for her photographic documentation of the ruins of modern hotels in post-war Angola, and of its socio-political significance. Her work has been internationally exhibited at art biennales, some of which include Dakar Biennial in Senegal (2016); Bienal de Casablanca (2016); Encontros Fotográficos de Bamako (2015); 14ª Bienal de Arquitectura de Veneza (2014); Bienal São Tomé e Príncipe (2013); and Estado Do Mundo, Fundação Calouste Gulbenkian (2008). Major galleries and museums also keep her work in their permanent art collections. Moreover, she is one of the founders of the artistic residences project, Triangle Network in Portugal and founder of the Hangar Center for Artistic Research in Lisbon.