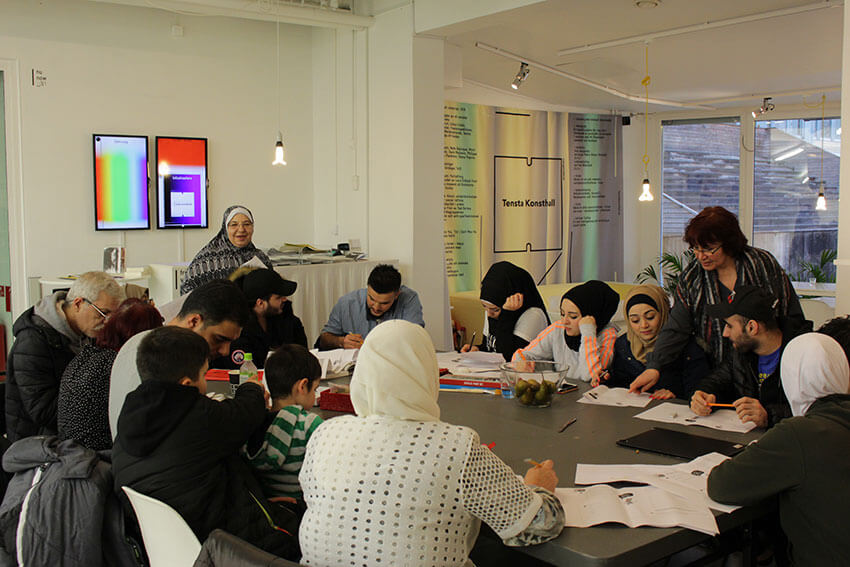 Description of the mediation lab

As part of the Mediation Lab Tensta konsthall is elaborating further on the tailor-made strategies of art mediation that is at the very core of how Tensta konsthall operate. The Silent University: Language Café meets every Friday and Sunday afternoon and is led by Fahyma Alnablsi together with volunteers. The Language Café welcomes those who wish to learn the basics of the Swedish and Arabic language, meet new friends and share experiences and ideas. Especially welcome are those who are currently outside the Swedish education system while awaiting asylum. During the meetings, the group practice grammar, socialize, read simple books and do conversational exercises. The Language Café has contemporary art as its starting point for both discussions and practical tasks in connection to current exhibitions.

The Language Café is a part of The Silent University, an autonomous knowledge platform for asylum seekers, refugees and undocumented immigrants, initiated by the artist Ahmet Ögüt and that was initiated in 2012. For five years, The Silent University has involved people who, despite having a degree, have been unable to exercise their skills or training because of structural problems and discrimination. Together, the participants have developed lectures, talks, events, archives, and publications. The Silent University exists in various forms in London, Hamburg, Ruhr, Athens, Amman, and Stockholm. Since 2013, the project has been present at Tensta konsthall, currently in the forms of a language café and Citizens for citizens with Fahyma Alnablsi. One day every week which basically is an opportunity for people to come by and get help with everyday things that has to do with the society such as applications, form and economical issues. As someone who has navigated in Sweden as a newly arrived person without the language, she can pass on the knowledge to other people who find themselves in a similar situation. Citizen to citizen started very informally by the fact that people came to the konsthall to seek advice in these matters and it became apparent that this was something that was needed in the neighbourhood. 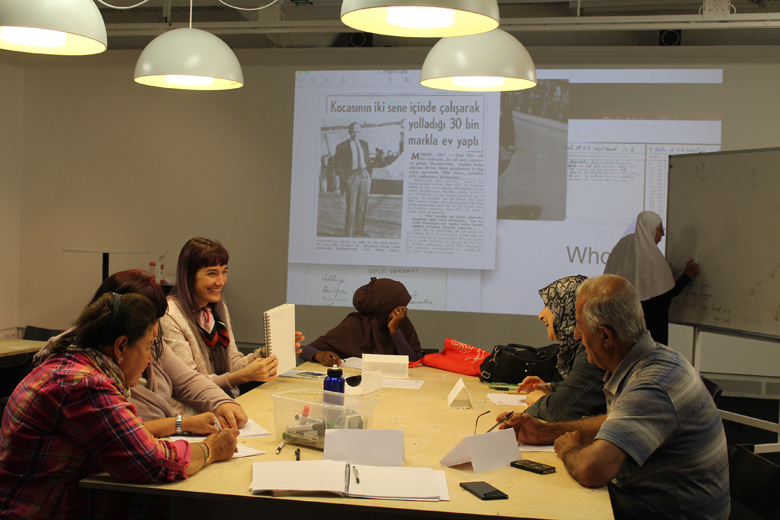 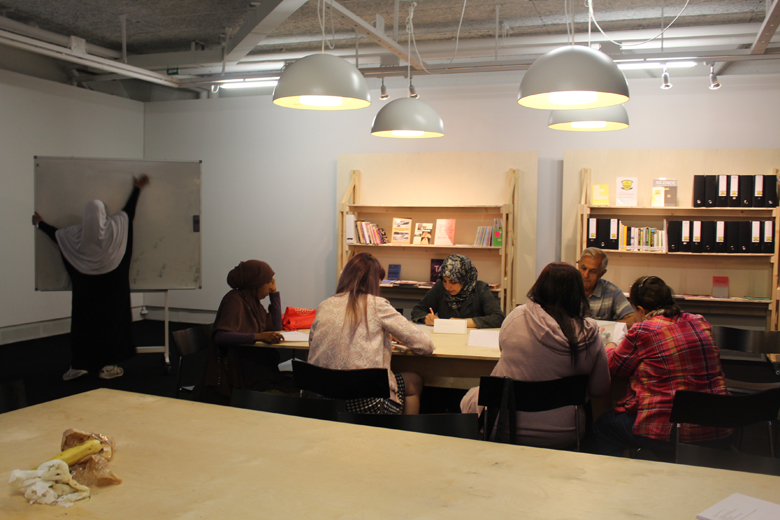 At the Language Café a situation is created where everyone socialises with each other, regardless of gender, religious views, or age. The participants help each other with the language but with finding a place to stay or a job. 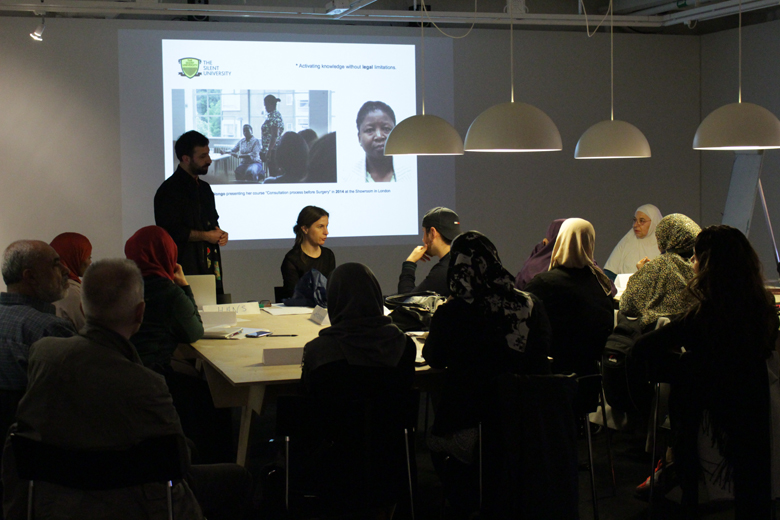 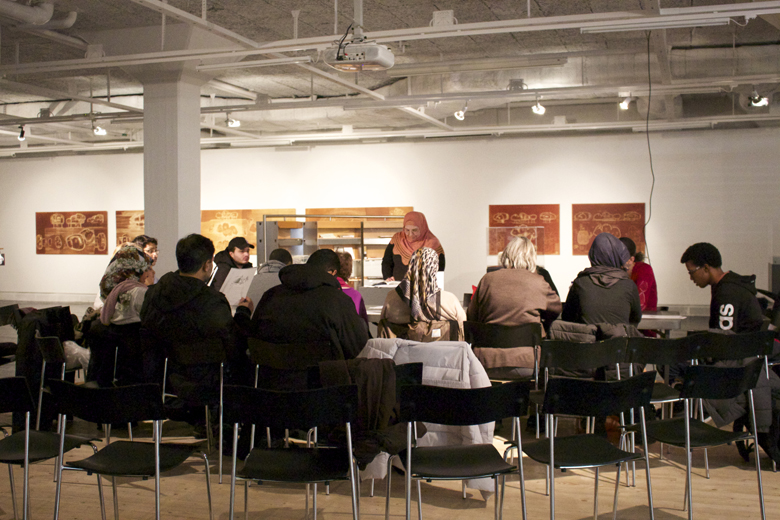 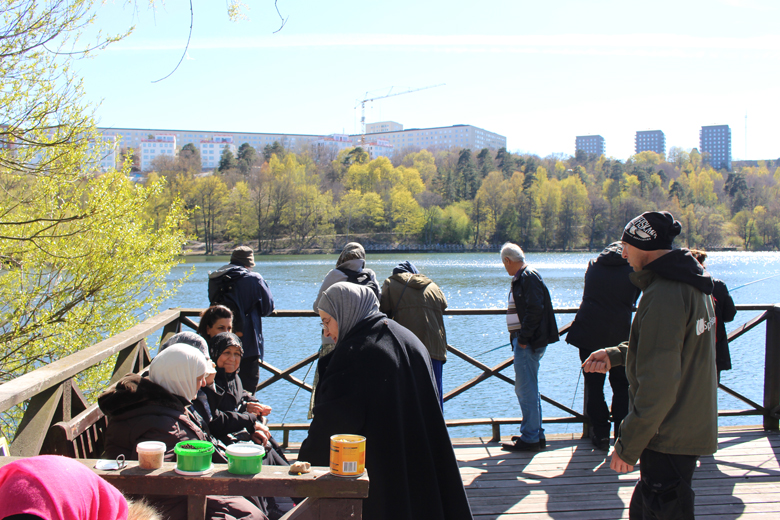 The teaching at the language café has been characterized by the fact that the participants don’t just sit and listen, they practice Swedish in different ways, eg. through excursions to museums, cultural centres and libraries. An important lesson has been the effect that the setting has on the learning situation. The classroom at the konsthall has been filled with a different type of artworks which has added new perspectives to the topics that have been discussed in the language café.  An allotment has also been created on the Järva field as a form of an extension to the classroom, creating new ways to think about learning through cultivation.

Ahmet Öğüt, born in 1981 in Diyarbakır, works across a variety of different media often picking up on an urban environment. With an eye for daily encounters and moments of improvisation his works address topics such as structural inequality, state suppression, censorship and forms of resistance. Singular acts of non alignment or collective struggles against militarized powers equally tend to inspire the aesthetic and thematic reflections that occur in Ahmet Öğüt's work just as the way he operates in the institutional ecology surrounding his practice. He had solo shows among others at Van Abbemuseum, Eindhoven (2015), Chisenhale Gallery, London (2015), Künstlerhaus Stuttgart (2012), Kunsthalle Lissabon (2011) and SALT Beyoglu, Istanbul (2011). He has participated in group shows such as the 11th Gwangju Biennale (2016), Manifesta 11 (2016), “Museum On/OFF” at Centre Pompidou, Paris (2016), the 13th Biennale de Lyon (2015), “Political Populism” at Kunsthalle Wien, the Kyiv Biennial (2015) and many more.