Last February, Kader Attia and Jean-Jacques Lebel presented “L’Un et l’Autre [One and the Other]” at Palais de Tokyo. Jean-Jacques Lebel (b. 1936, France) is an artist, curator, writer, activist, event organiser, and was the author of the first European happening; Kader Attia (b. 1970, France) grew up between Paris and Algeria, and his interdisciplinary approach to research explores issues such as traditions, colonialism and collective memory. This collaborative project which, according to the two artists, was “not an exhibition but a research laboratory” (Attia & Lebel, 2018, p. 1) emerged from an exchange of ideas and perspectives about the main problems of our civilization. With this in mind, each one exhibited an installation and invited a group of artists, whose work reflected and questioned the same issues as them: Marwa Arsanios, Sammy Baloji, Alex Burke, Gonçalo Mabunda, Driss Ouadahi and PEROU – Pôle d’Exploration des Ressources Urbaines. Additionally, the exhibition was embellished with a group of objects collected by Attia and Lebel throughout the years. This transdisciplinary and transgenerational project constituted what the artists called an unfinished and endless “transcultural laboratory.” (Attia & Lebel, 2018, p. 3)

The central location and strong impact of the two installations established them as remarkable elements of the exhibition. In The Culture of Fear: An Invention of Devil (2013), Attia displayed an ensemble of magazines and newspapers from the 19th century until now, whose covers showed the construction of the Other through Western iconography and media: an evil figure, extremely related to fear, violence and war. Lebel’s The Soluble Poison. Scenes from The American Occupation (Baghdad) (2013) was a labyrinth installation of a series of photographs portraying the human rights violations (physical and sexual abuse, rape and torture) against the prisoners at the Abu Ghraib prison in 2003. 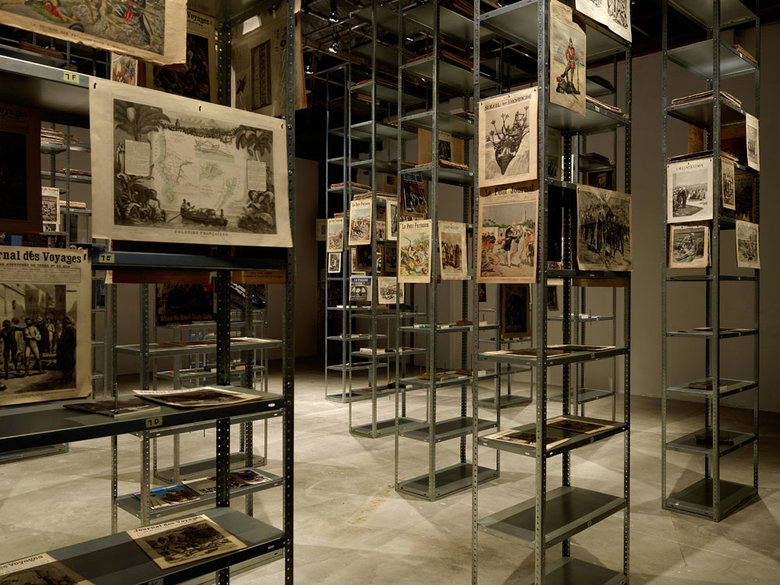 Besides their own work, Attia and Lebel presented a heterogeneous selection of objects that each one collected or found throughout the years: essentially ethnical African artefacts (such as war and daily items) charged of mystical symbology, history and tradition. The re-appropriation of the objects demonstrated their fascinating ability to travel and adapt to different contexts (Mercier, 2018), as their display at the exhibition transformed them into artworks, while keeping their “coded discourses.” (Attia & Lebel, 2018, p. 2) Recalling approaches that defined the history of modern art such as the ready-made and the détournement, (Mercier, 2018), the artists-curators displaced the objects to explore their own interest and relationship with them and to reflect on the narratives of colonialism, violence and war that they represent and that are still so evident in our daily lives. In a sense, Attia and Lebel’s perspectives on society were displayed through the objects that society itself produced throughout history; and the exhibition not only recreated their questions about society but also invited the audience to reflect on their own. 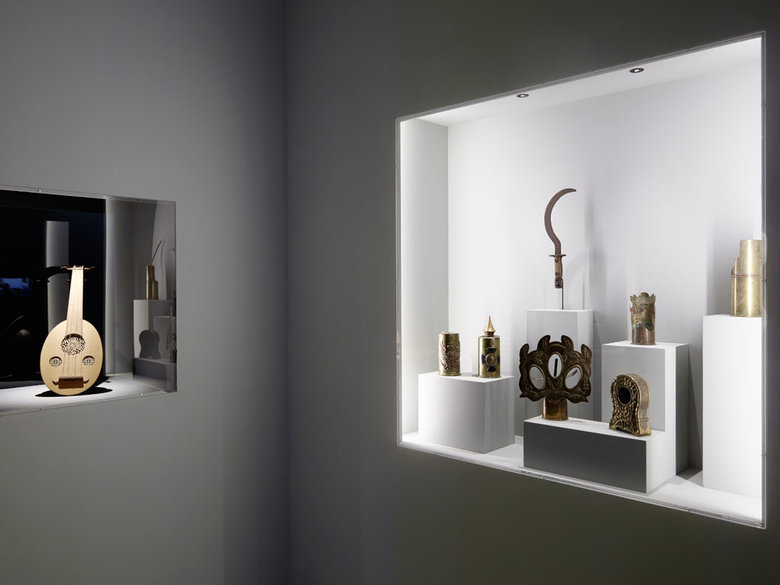 The gathering of artists, filmmakers, sounds, objects and artworks created a transdisciplinary exhibition that resembled the concept of “collective assemblage of enunciation” by Félix Guattari and Gilles Deleuze: a subjective combination between perspectives, identities and concepts. The co-existence and the collective exchangeability between elements gives rise to a body of multiple mediations constantly developing, which provides the conditions for the construction of meaning (Deleuze & Guattari, 1987). The collaborative process of working together not only breaks down borderlines between artistic, curatorial and activist practices (Lind, 2007) but also involves the institution and the audience within the exhibition experience – just as Nicolas Bourriaud argued on the development of the term Relational Aesthetics and the foundation of Palais de Tokyo.

The art exhibition performs as a possible answer to the problems that the artists-curators identified on the history of civilization and as a mediation process between conflict and conviviality. According to the notion of “repair”, explored by Kader Attia both on his research and artistic practice, “any system, social institution or cultural tradition can be considered as an infinite process of Repair, which is closely linked to loss and wounds, to recuperation and re-appropriation.” (Attia, n.d.: para. 3) In a way, reparation and mediation develop through dialogues: the dialogue between Attia and Lebel as a starting point for the exhibition, the dialogue between curators, artists, institution, objects and audience, and the potential dialogue between visitors, which culminates in the exchange of knowledge about/between ethnicities and cultures to undermine the malevolent and conflicting construction of the Other.

According to Attia and Lebel, the role of the exhibition is to leave clues that will provoke individual and collective reflection, critical thinking and visual anthropology, which are the necessary tools for “a subjective revolution.” (Mercier, 2018, p. 4)