Solo, Dance and Anarchy is a dance video depicting nine “dancers” (villagers) coming on “stage” (an abandoned shop in a vacant area) to perform a “dance” (a folk dance performed by women of all ages or young male children in street parties). I filmed it in Jetpur, a village in India - and edited it two years later in Berlin, a city in Germany. During the time gap that separated the filming and editing of the video, I  was unable to fully realize what the footage was intertwining. Sometimes some emotional distance is of great help to unravel the real content of some events.

The idea for this project was apparently simple. A soundtrack recorded live, documenting a party (that occurred a few days before the filming), where the villagers danced to the sound of gongs and spoon players, was played on a loop inside the “stage”. Together with the villagers was established a protocol for making the video. Was agreed that the “stage” was open to receive the ones willing to perform a dance as soloists. There were no restrictions regarding gender, duration or personal interpretation of the dance steps. Was as well previously established that the video should be done in one single take.

What is not visually available in the footage, is myself (the choreographer and video maker ) positioned behind the camera, as the over fifty spectators (children adults and elderly people) surrounding me. What is not as well visible, are the villager's continuous attempt to break the pre-established protocol either because they did not condone with the proposal or due to their enthusiastic will to commit with their very own understanding of the agreement. The anarchical environment is available to the viewer through the (per times) successful breakages of our commitment, but mostly through the loud voices that constitute the soundscape of the film. 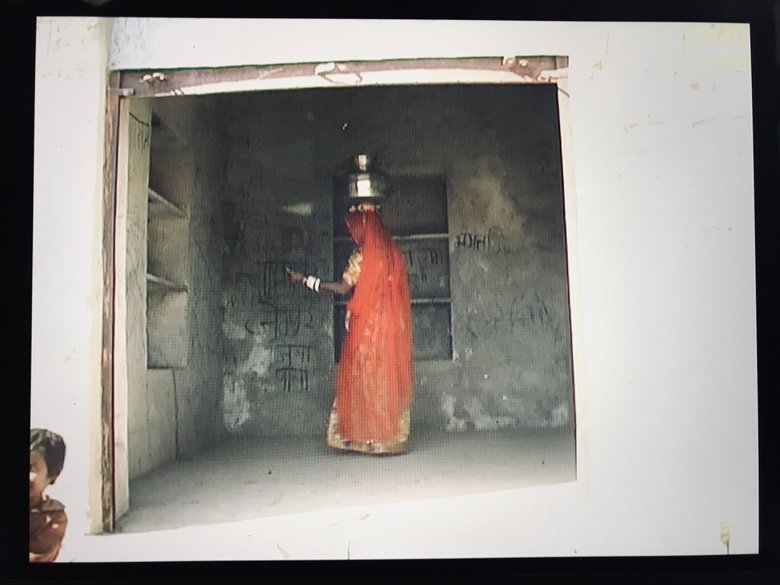 In order to control as much as possible the situation, halfway in the process, I was forced to draw a line in the sand floor. Should be understood from that moment that trespassing was not allowed. - Behind the line the audience, in front of the line the performers.

With such an open proposal full of miss understandings and lost translations (in the majority of the villages of Rajasthan only boys are schooled and learn English as a second language), a juncture of social habits and power relations arise. The inter-social structures of that community (prior to our protocol agreement) was what determined the entries and exits of the stage, the strategies used for performing the dance, the occupation of space and the power relations with the figures of authority at play. With the purpose of making this project; performers, audience and choreographer gathered in an ephemeral and unforeseen context to all of them.

At this point, I would ask you to take a look into the video, (https://vimeo.com/155456230). I want specifically to draw your attention to the informal area that is allocated exactly between where the dance happens (abandoned shop) and where the audience, the camera and the choreographer are placed (behind the circular line drawn on the sand floor which you can not see). The images showing, a girl running across the frame, a man deliberately waving to the camera (consciously infringing the protocol rules) or the empty stage where one can hear the conversations and shouts of the villagers, are located in the – Apron Stage. 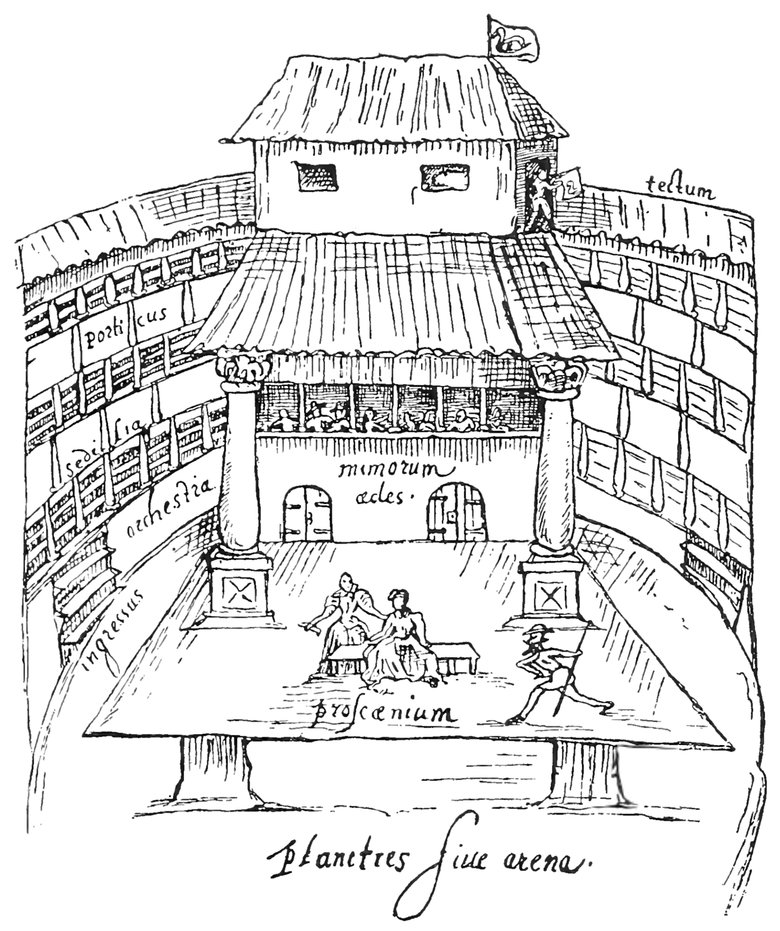 The Apron Stage was the most common stage format in English Renaissance Theatre. The stage was surrounded by spectators on three different sides, granted extreme proximity between audience and actors. The works interpreted in this type of theatre architecture,  made use, for dramaturgical purposes,  the actions and events that happened outside the main stage.

In Solo, Dance and Anarchy the choreography is allocated in the Apron, not on stage not in the audience. The proximity in between performers and spectators and special the incapability to anticipate the advents of such interactions created a physical space where “eye-opening” actions took place and the bodies themselves, self-choreographed.

From that experience, I can say that the choreography that emerged from the negotiations held especially in the “between” space (Apron Stage), become a frame for rehearsing, experiencing and experimenting with social relationships, as articulated in the book Social Choreography - Ideology as Performance in Dance and Everyday Movement (2005).  In this revolutionary work, Andrew Hewitt looks into the bourgeoisie society as a privileged milieu for experimenting with the aesthetic and political regimes. By claiming  the redefinitions of  its boundaries,  he affirms the potential of choreography,  as one not meant to represent politics or reflect political order, but rather to function as a critique of ideology, which in itself produces a particular aesthetic and political modus operandi, and "[structures] blueprint(s) for thinking about and shaping modern social organisation" (Hewitt, 2005: 14).

If in Jetpur I considered Solo, Dance and Anarchy a choreographic failure, (as I was too attached to my initial desire and method for making the video and the dance) that misfortune was revealed to me later as the “sliding or grey zone” (Hewitt, 2008:1 ) that according to Hewitt actualizes choreography as a non - metaphoric regime. This proposition implies thinking art and politics as a system of distribution of bodies and their functions and practices within a given social system. According to the writer and curator André Lepecki, the non-metaphorical regime of choreography requires a particular empiricism, attentive to the ways in which it is put into practice, as well as an understanding of how the multiple domains (social, political, economic, linguistic, somatic, racial, aesthetic, gender) that trigger choreography aesthetic regimes interweave (Lepecki, 2011) and structure (non) narratives and (non)forms.

The Apron choreography of Solo Dance and Anarchy is not referring to meaning, a topic or message – hence the organisation of an idea.  That sequence of events has an inducement different from the culturally symbolic folk dance of codified steps. If the choreography in question could be perceived as the practice of the domains that Lepecki lists, on “stage”, (even if it was not asked for a specific dance), none of the performers dared to challenge the dynamics, rhythm or forms they choose to perform.

The Apron stage brought to light and open space for other aesthetic movements, relations and actions. There, exactly in between where the dance (object) takes place and where the audience is positioned, has emerged the assembly of aesthetic and social forces (action). A vigorous game of concessions and reconciliations,  where the performers were asked to challenge their personal strategies. This dynamic with no apparent structure was what gave rise to this dance video.

Hewitt, Andrew (2008) “Choreography is a way of thinking about the relationship of aesthetics to politics”,  Interviewed by: Goran Sergej Pristaš.