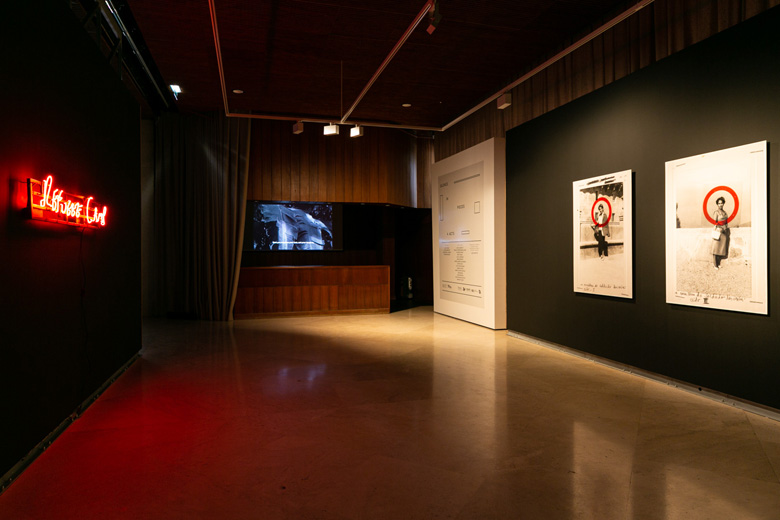 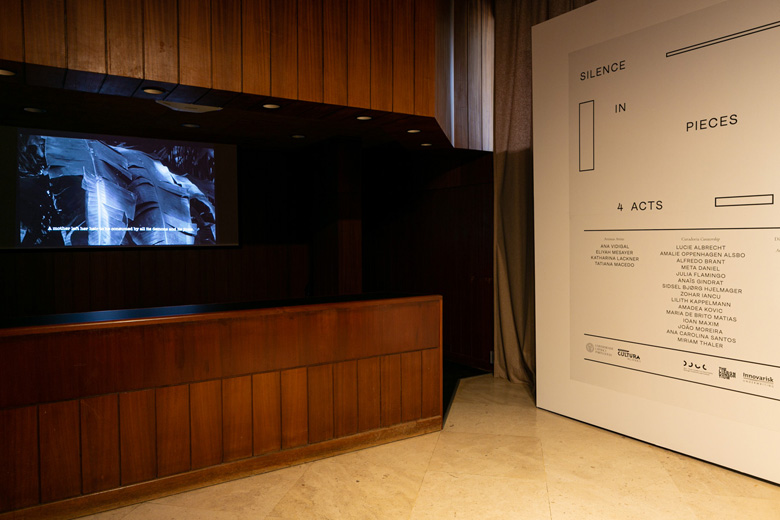 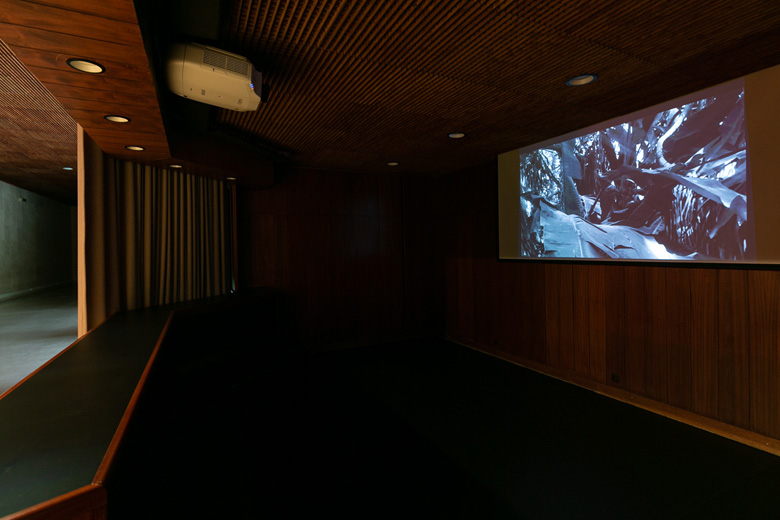 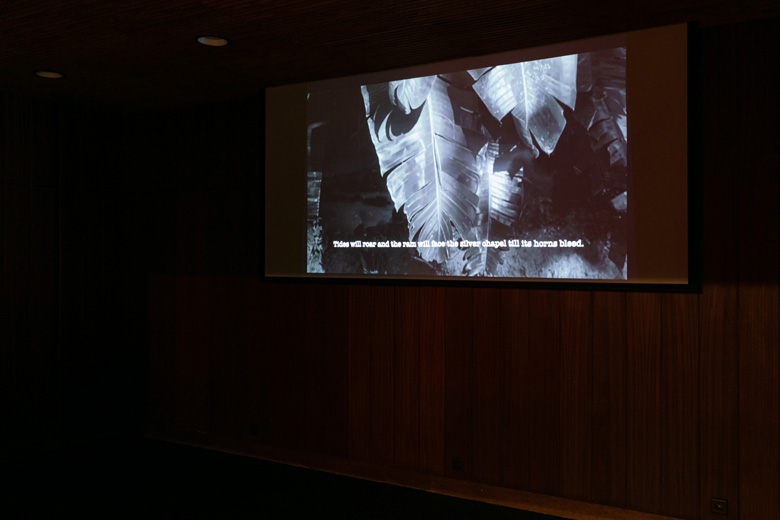 This storm shall pass

Once upon a time, a fierce woman created a new nation for her people. Instead of boundaries and prejudice, there was equality and compassion. This woman would be called Queen Zenobia, a noble who lived in Palmyra, located in modern-day Syria, who, in 267 A.D., declared herself regent after her husband's murder by a fellow rival. The move to succeed her husband allowed her to regain power over the Persians while making open defiance of Roman authority and its emperor Aurelian. She could also be Eliyah Mesayer, a Copenhagen-based woman with an Arabian background who is building up the modern-days illiyeen, a state for the stateless, and a home for everyone.

Eliyah Mesayer came across the story of Queen Zenobia's during her research residency at the Hangar in 2018, in which she has visited the Islamic Archive in Lisbon. She dove deep into Zenobia’s story of strength and independence; how her great accomplishments, education, and brilliance in military feats helped her to transform the city of Palmyra, located between the Mediterranean coast and the Euphrates River, from a desert city into the "Pearl of the Desert" (De La Fuente, n/a)1. Rival powers would manage to conquer this territory spanning from Turkey to Egypt yet, still not attain an afterlife as fine as that of her ancestors, Cleopatra. Being an Arabic speaker, Eliyah was able to read the texts and poems written about Queen Zenobia. Translating these documents into modern English, she found relations between herself and this queen from the 3rd Century AD.

This connection is also due to the History of Portugal and its Islamic past. Much of the country lived under Islamic rule for over 500 years from as early as 711. After the collapse of the Western Roman Empire, Germanic kingdoms, and subsequently, the Moors invaded the Iberian Peninsula. They reigned over Portugal — then called Gharb Al-Andalus (the West of Al-Andalus) or just Al-Gharb (the West), which gave name to the Algarve — until their expulsion at the hands of the "reconquistadores". As we can see simply walking in the Portuguese cities, the influences of the Arab past in Portugal are huge and go from poetry to pastries; carpet weaving and guitar music; from the minaretshaped chimneys that still adorn southern homes to the navigational science (Alves, 2001:)2, not to say language and culture as a whole. The kingdom of Gharb Al-Andalus was very much of personal interest to Eliyah Mesayer as she was doing her artistic residency at Hangar in 2018.

Illiyeen is the name of the first chapter of a series of poems that take form into short movies, that can be read separately from each other. While the first chapter tells a story about Queen Zenobia and her garden, the second chapter — “The darkest of chapels, and the sky that prays for light” — presented in this exhibition, is centered around a poem that links Queen Zenobia's story with Eliyah's family history. In her work, two siblings have found shelter in the queen's garden and talk — one of them has found a new nation, a nation where statelessness does not exist.

Daughter of a Bedouin, Eliyah Mesayer's environment, until she was five years old, was the desert. The group of nomadic and tribal traditions has been historically inhabiting the desert regions from North Africa to the Middle East, and what other children know as home and belonging were always replaced in her childhood by the sense of traveling and wandering. The rich, vibrant, and profound Bedouin folklore has been the center of Eliyah's oeuvre over the past years. She translates the ancestral poems and oral history into audio-visual and contemporary stories.

Jabir ibn Hayyan (721 AD – 813 AD), the conceived founder of alchemy, is still a relevant figure in Bedouin culture and has served as inspiration in the work of Eliyah3. An Arabic chemist, philosopher, and poet, Hayyan worked on photosensitive processes, which also inspired Eliyah in her photographic studies that evolve without the real employment of a camera. Eliyah learned to use the alchemist's manipulation methods as well as self-made flashes, natural lightning, fire, and even the moonlight. The artist creates marks in the photographic paper approximating photography to the process of painting. This exercise of photographic development is what creates her images: in the darkroom, Eliyah is herself the camera.

The artist used such processes in the images she took at the Lisbon Botanical Garden, the scenery she chose to create images on Zenobia's garden. Using elements such as silver nitrate to her photographs, she could draw on the paper. Sometimes the nitrate even breaks it due to the chemical process. In the short movies, the nature within the Botanical Garden is depicted in black and white, bringing the notion of a nostalgic past, at the same time, modern high-resolution images overcome it.

In Eliyah's eyes, the chemical process or the reaction that occurs when different things come together, is also what happens between people. Affiliation is defined by human bonds and the chemical compounds that occur in the meeting between two individuals. Therefore, alchemy is also a way for her to shed light on the importance of connections and boundaries in today's world that should be enough for people to live together as a group. Although, as we know, what rules a nation in this age is citizenship and a passport instead of a sense of belonging and identity. These are old notions that take forms into apparently new discussions. The philosopher Hannah Arendt for instance, debated the concepts of refugee, citizenship, and human rights in texts like “We refugees” published during the World War II, which ideas still fit into our times.

The idea of creating a political statement without really saying it is also a powerful methodology in Eliyah's visual work, although it takes a more aggressive form in other projects. The Mesayer Fund, which she created last year, is a way of helping stateless young people who need funding for their application fees to get Danish citizenship. Her criticism is also more evident in a public act that takes the form of a Q&A. She is open to the questions of the public once they are political or related to her artistic practice. If a personal matter is directed to the artist, a bodyguard would instantly interrupt the speaker and therefore constrain the dialogue. The personification of power, protection, and censorship embodied by the bodyguard can be related to the piece Picasso in Palestine by Khaled Hourani. The project presented in 2011 brought Picasso’s Buste de Femme (1943) from the Netherlands to Ramallah — it was the first time a Modernist masterpiece was exhibited to a Palestinian audience. While agreements had to be made in terms of insurance, cultural policies, and infrastructure, they represented a small part of what the act symbolized regarding politics, globalization, and inequality. Two bodyguards stood by the painting during the entire month the exhibition was displayed, also playing a significant role in the artwork.

The thunderstorms that overtake today's notions of nation and state are Eliyah's most significant worries and symbolically create the sound environment of her movies — the sound that corrupts the silence of the images. The artist leaves us with the message "This storm shall pass", which is written in Arabic on the wall. If that is a feeling of hope or an idea of conformity, it is for the public to decide.

Eliyah Mesayer's reflections on her work Illiyeen, part of the group exhibition Silence in pieces: 4 acts at the Galeria Fundação Amélia de Mello in her interview with Julia Flamingo.