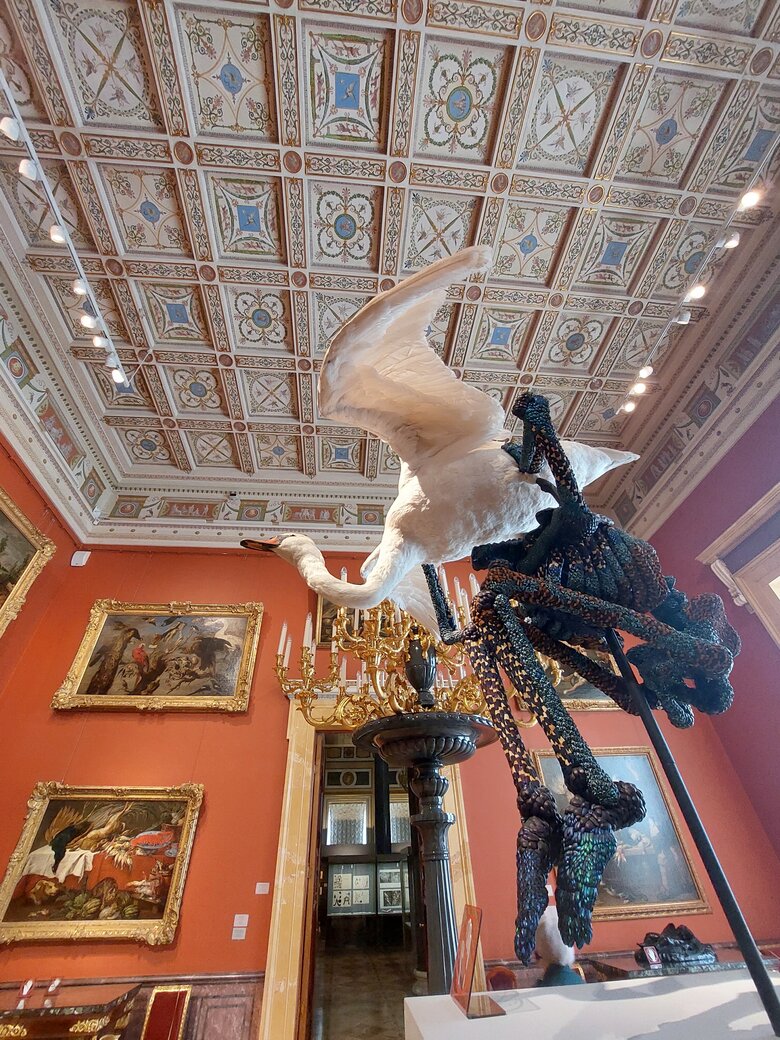 In October 2016 the State Hermitage Museum in St Petersburg, Russia, launched an extensive exhibition of a prominent contemporary Flemish artist Jan Fabre titled “The Knight of Despair / The Warrior of Beauty”. Jan Fabre's works were mixed with the permanent collection of the museum – mostly with the works by the old Flemish masters like Rubens and Sneiders with whom Fabre was willing to establish a visual dialogue. One of the rooms was dedicated to two installations called The Carnival of the Dead Streetdogs and The Protestation of the Dead Alleycats showed along with the painting The Cook at the Table with Game (1600-1645), a collaborative work by 17-century painters Jakob Jordaens and Paul de Vos in which cats and dogs occupy an important place. 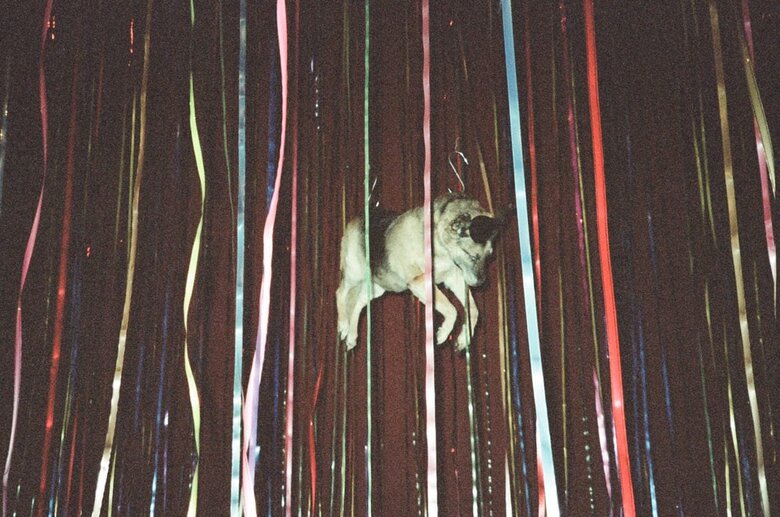 The room, filled with sparkling foil ribbons and confetti, featured stuffed dogs and cats that appeared hanging from the ceiling on hooks or laying on the floor surrounded by broken glass. For museum visitors, the room was an unexpected view, even though the installation did not suppose any violent treatment of animals, and the hooks were used as mere fixing tools. Fabre, according to the exhibition explication, “felt called upon to “resurrect” dogs killed on the roads by including them in a macabre carnival in the traditions of medieval alchemy, which always aimed at transformation of animate or inanimate objects” (Ozerkov et al, 2016, p. 43).

Shortly after the opening, Russian Instagram imploded with pictures of the mentioned installations followed by the hashtag #shameonhermitage. In several days the number of posts reached several thousand. Today, 5 years later, the hashtag still shows more than 4 thousand results. The majority of the posts were written by people who haven’t been to the exhibition themselves. Launched by animal rights activists it was supported by those who heard the rumor and felt like participating in the collective outrage. The posts contained insults and suggestions to put the organizers in jail. Many letters of complaint were sent to the museum and the city prosecutor's office. The museum had to think of how to respond.

Claire Bishop in her famous book on contemporary museums writes that nowadays we can see how “a more radical model of the museum is taking shape” (2013, p. 6): it is more experimental, less architecturally determined, and offers a more politicized engagement with our historical moment. A contemporary art department of a big classical museum, however, has to play by different rules than a small and self-regulated contemporary art institution. First of all, any historic museum is very much architecturally determined. That means that curators have to work within a protected architectural environment. Second, the experimental fever of a contemporary art department of a museum has to be bargained with the traditional side of the collective. Third, its politicized engagement is complexified by the importance of the museum brand and its cultural weight for society. The high profile and bona fides of a museum stem from its role as a safeguard of tradition and culture: this only fact doesn't leave much room for experiments. People who, by their position at the institution, produce exhibitions of new art automatically put themselves under fire. The modality of spectatorship that is produced by such a museum is always more charged and more critical. Also, a big classical institution that enters the field of contemporary art often aims at making big blockbuster exhibitions, which are inevitably perceived by the audience as a statement. The very grandeur imposes upon visitors a receptive role: they feel like being forcefully fed with a piece too big to swallow.

A similar case happened in 2012 when Hermitage opened a show by brothers Jake and Dinos Chapman titled “The End of Fun”, which featured glass boxes filled with figures picturing scenes of extreme violence. At that time the city prosecutor's office received 114 letters of complaint and had to investigate whether the museum was guilty of extremism (Elder, 2012). In 2017, before opening a big show of Anslem Kiefer, curators and the sociological department of the museum were asked to investigate what could potentially harm the viewers and tackle these issues in a series of posts on social media before the exhibition opening. That time everything went quiet.

It is often being said that art institutions should know and adapt to their public, but how realistic is this claim? Perhaps, in the late XIX century, it was still possible to locate the museum public as a homogeneous and constant unit. However, as Arnold Hauser writes in his Sociology of Art, this public has “dissolved with the advancing democratization of the enjoyment of art – since then an integrated audience has come into being only in particular circumstances” (Hauser, 1951, p. 158). With the emergence of the Internet, the audience of the museum has acquired virtual and, therefore, even more scattered qualities. Nowadays, museum spectatorship is formed not only by those who actually visit the museum but also by those who read about it in the news, see it on TV, or in Instagram feed. We can not fully foresee the reactions of this broad museum audience that often has very little understanding of the contemporary genre. Writing about the audiences of the early cinema, Hauser accentuates that “the lack of adequate understanding does not necessarily prevent them from accepting art—albeit not exactly on account of its aesthetic quality. Success with them is completely divorced from qualitative criteria. They do not react to what is artistically good or bad, but to impressions by which they feel themselves reassured or alarmed in their own sphere of existence. They take an interest in the artistically valuable, provided it is presented so as to suit their mentality, that is, provided the subject-matter is attractive.” (Ibid, p.159) The art of today is trying to escape the realm of the esthetic and qualitative criteria once set for classical art. Pertaining to the contemporary condition, it wants to alarm us in our sphere of existence. Hence, the Hauser argument ends up being almost completely deconstructed. What could still be taken into today’s situation from Hauser is the idea of art being liked on the ground of common mentality or communality with a work of art. But what do we do with those who are struggling to feel that communality?

After an avalanche of angry Instagram posts, the Hermitage has answered with a counter hashtag – #catsforfabre – that was to be used for posts that explained the real purpose of the criticized installations. An Internet page was launched on the museum website with a FAQ collected from the letters of complaint about the exhibition. It would clarify the museum's position on animal rights, reveal the message of the exhibition and tackle the sharpest questions posed by the audience. Shortly after, the situation calmed down. The museum managed to tranquilize its public, but, yet, is there something more to be learned from this case? 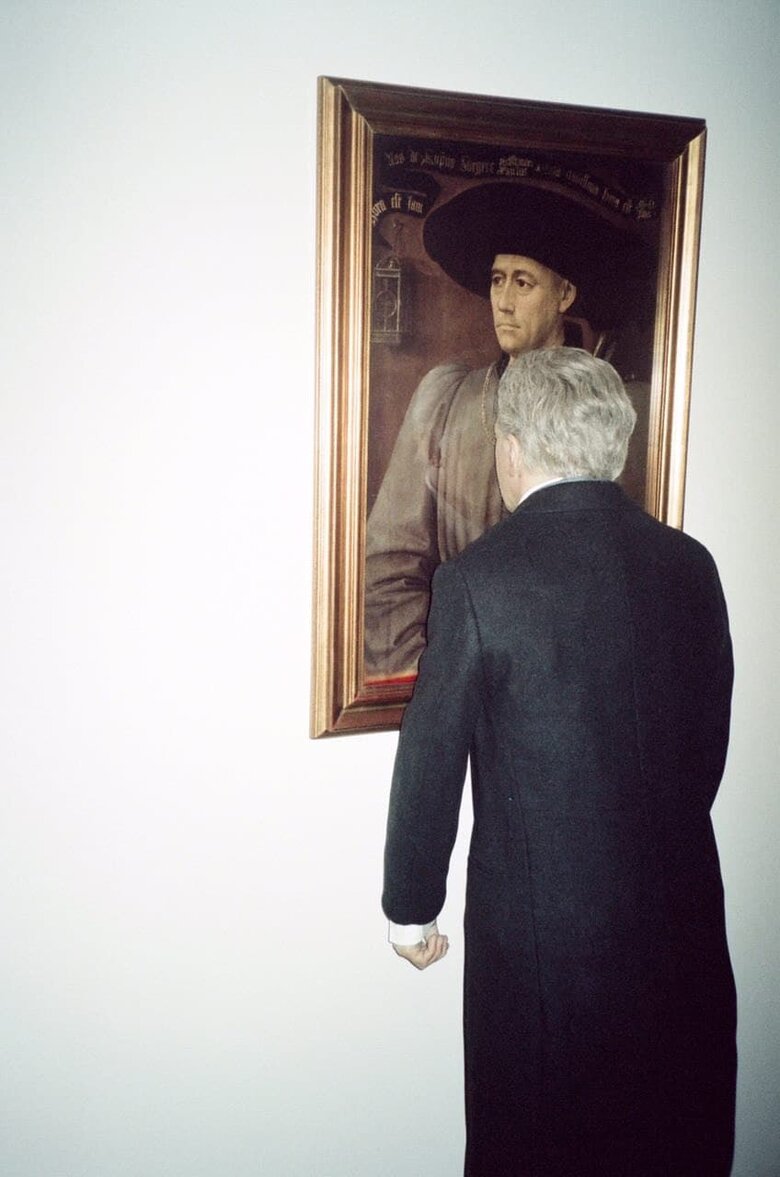 Should the organizers try to avoid and prevent public outrage? A contemporary version of Hauser’s mantra about having zero expectations from the audience, I argue, today might sound different: Museums should be curious about the public protest that is, in fact, a sign of long-awaited participation. I believe that a protest can also be viewed as a form of engagement that calls for a dialogue between the actors of the cultural field and those who wish to comment on their work: not a preventive kind of dialogue, but one that is born out of tension.

It has been widely discussed whether an art educator should assume a role of an ignorant schoolmaster, as proposed by Rancier (1991) in his seminal book on education. Yet, it has proved that a less elitist stand or, as one could call it, surrendering into the ignorance of the “we”, did not yield big results as it comes to the creation of a more loyal public, let alone any sense of community or communal solidarity. The problem I sense in the situation I have just described has to do with the absence of real interaction, the absence of a platform where all opinions can be heard and channeled towards a common understanding. Jean-Luc Nancy wrote that community means “being suspended upon limits of singularity” (Nancy, 1991, p. 31). Nowadays, we witness how a traditional museum is forced to cross these limits. As painful and stressful as it might feel for those who are involved in these processes, it might be a good moment to work towards establishing connections between the multiple commons. Art that is being created today has a strong representative function: it tells about things that we value and issues we have concerns about as a society. If art is a statement then it should be presented as one that ends with suspension points... If it is a question, it is a question to everyone, and everyone’s answer deserves to be heard. If institutions open up giving space for dialogue and interaction we actually might learn something new about the communal dimension of aesthetic experience.

PhD candidate at FCH-UCP, CECC/ The Lisbon Consortium. Founded by the FCT.

Extracts from the paper presented at the ESSCS 2021, Art in Common(s) - Understanding Art and Communality, organized by the University of Copenhagen, 23-27 August, 2021.

All photographs by Nina Danilova