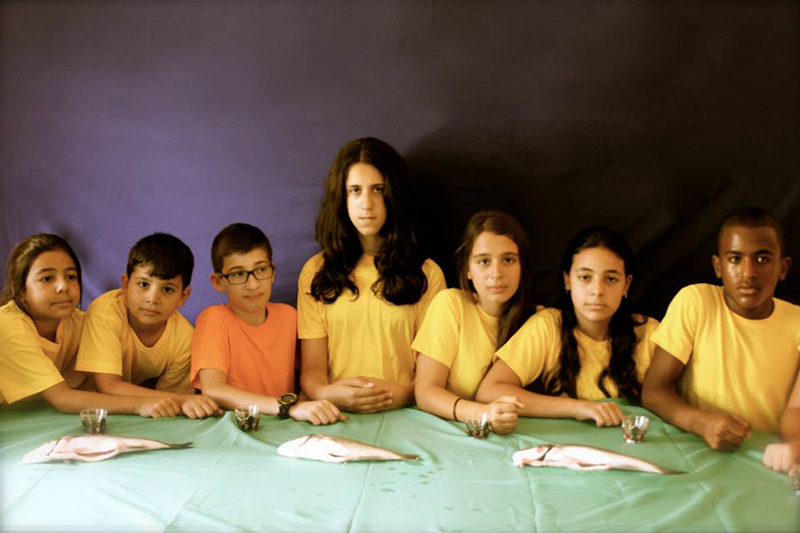 From Observational Desire on Memory that Remains (still from film), 2014 © Noor Abuarafeh 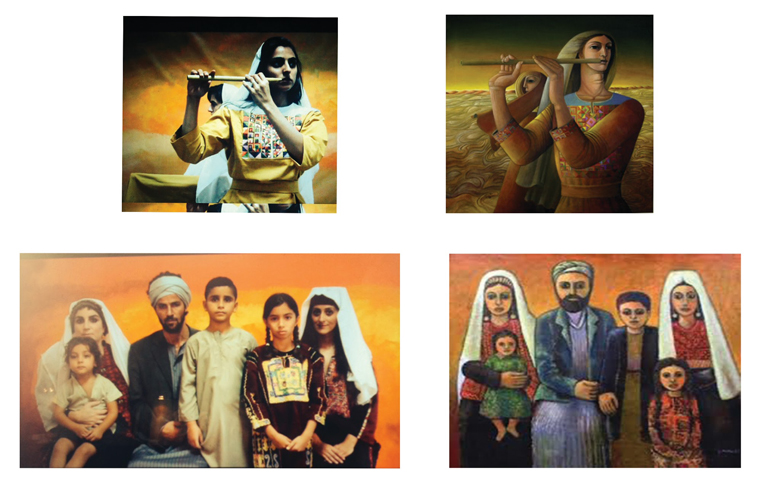 After an extensive selection process, advised by international curators, we are delighted to announce that NOOR ABUARAFEH has been invited to take up residence at the Delfina Foundation, London, from 25 June to late September 2018. A Palestinian artist, living and working in Jerusalem, Abuarafeh works primarily with video, performance, and text. Her videos and socially engaged artworks are based on interviews, workshops and other shared activities. Abuarafeh questions how history is constructed, shaped, visualised, perceived, and understood – how all these elements are related to fact and fiction, and the possibility of imagining the past when there are gaps in documentation.

Among other exhibitions, participation in Homeworks, Ashkal Alwan, Beirut; Sharjah Biennale13 2017; OFF-Biennale Budapest (the largest independent arts initiative in Hungary), 2017; Qalandia International, Jerusalem, 2016; and Suspended Accounts at the Mosaic Rooms, London, 2016. She has a Masters degree from ECAV, and a BA from Bezalel Academy for Arts and Design in Jerusalem. In 2016 Abuarafeh received the Emerging Voices Award, New York, and second prize in the Qattan Foundation’s Young Palestinian Artist Award. 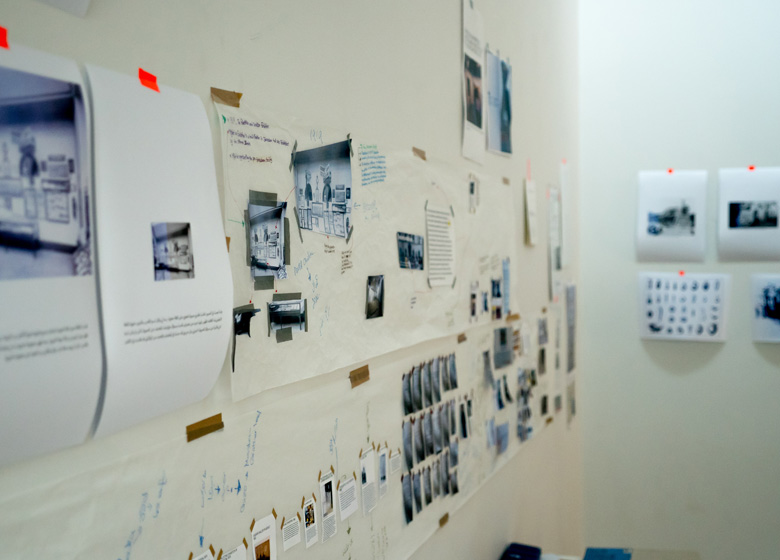 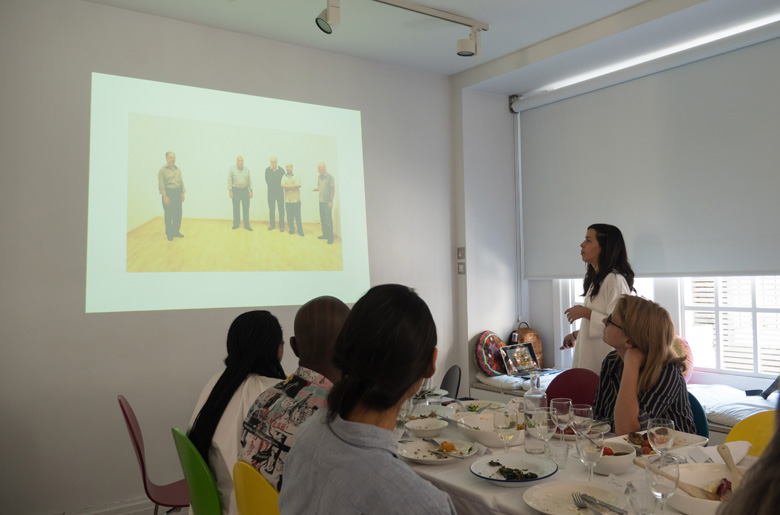 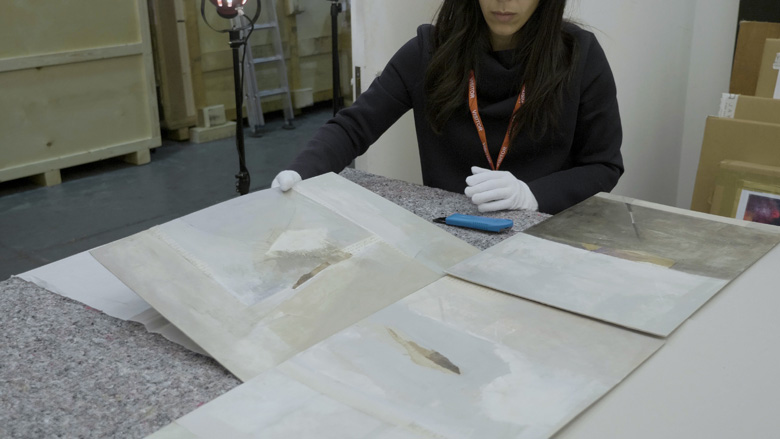 The outcome of Noor Abuarafeh’s residency in the UK is a publication entitled ‘Rumours Began Some Time Ago’, with an image here of its arrival at Al Ma’mal Foundation for Contemporary Art in Jerusalem. The publication is based on a photograph from the Imperial War Museum’s archive in London, which shows an exhibition from Palestine that took place at the museum in 1919.  Noor traced the history of the exhibition and investigated elements that can be seen in the photograph. Her narrative, which responds to the question ‘how can we document what is absent?’, is part of long-term research into tracing different artworks that left Palestine, that were shown in Europe, and which are now stored out of public view, displaced, distributed across the world to various museums and organisations, or lost.  This research is intended as a metaphor for those who are seeking refuge in Europe and who are not always visible, and who are certainly displaced. With the 4Cs’ work seeking to connect with those who have had experience of conflict, we present this research as a constructive act of reclaiming history in part as an act of reconciliation, contextualising the present in the past. 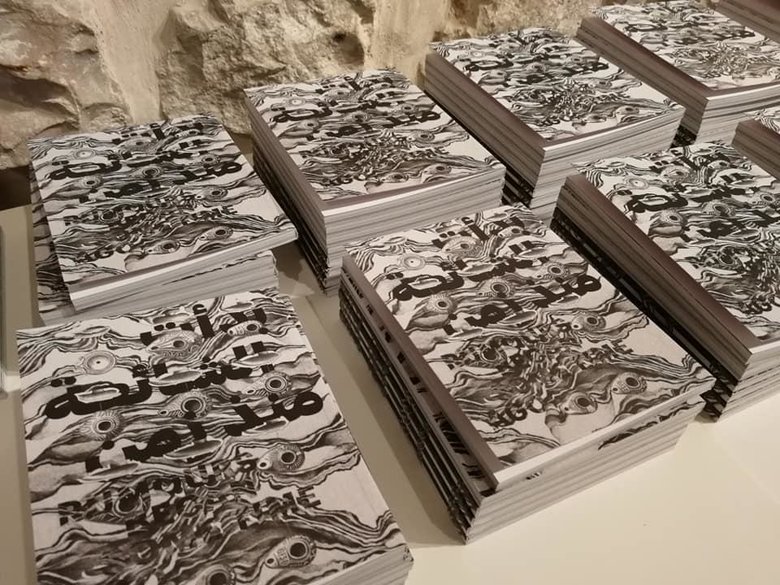 The publication includes an illustrated account of British involvement during the Mandate where civil servants sought to create a museum dedicated to Palestinian art and crafts. It focuses particularly on the role of the ‘Pro Jerusalem Society’, which was established in 1917 by Sir Ronald Storrs, the then Military Governor of Jerusalem. One of the main goals of the society was to establish the first Palestinian Museum in Jerusalem, together with the ‘Palestine Exploration Fund’, another British society that conducted many early excavations.

An online version of the publication is available here.

With our thanks to Delfina Foundation for hosting Noor’s residency in London, and to Jack Persekian at Al Ma’mal for supporting her research.

This 2-minute video is an introduction to the 4Cs artist residency undertaken by Noor Abuarafeh in the UK. This centred on Noor’s research into the whereabouts of works by Palestinian artists from exhibitions that took place in Europe in the last century, and particularly from an exhibition in 1919 that was held at the Imperial War Museum in London. Lost, overlooked, or hidden, these artworks and the process of finding them act as a metaphor for displaced people and those who are marginalised. It is driven by a will ‘to make visible’ in a process of seeking conciliation in the context of conflict.

A longer version of the video by Arturo Bandinelli.

The residency was co-funded by Creative Europe and the Royal College of Art. With many thanks to Delfina Foundation for hosting Noor during her time in London, the Imperial War Museum, Al-Mamal Foundation, to an anonymous supporter, and to Arturo Bandinelli for making the videos.