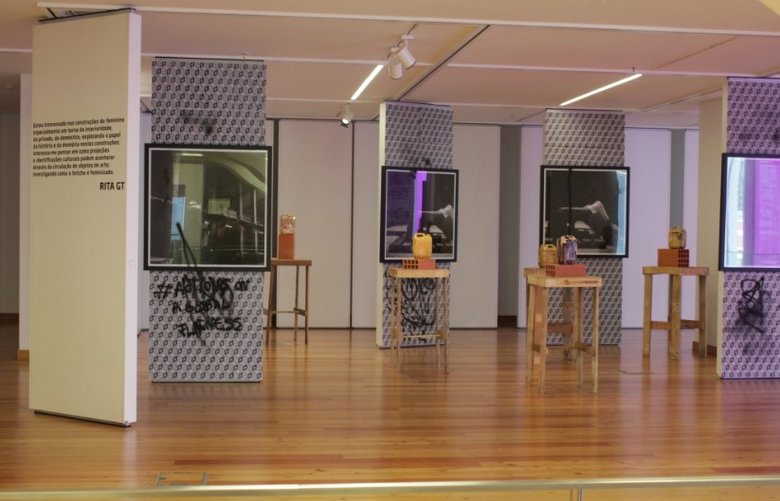 Give us pause #actions on a global flatness (2016) - Conexões femininas exhibition at Banco Económico, Luanda.

Where do we belong? This is one of the questions that many of us keep asking ourselves. Us that keep experiencing and learning what are the territories that are kept alive in our hearts and constantly asked where are we from? What does exactly mean belonging to a place?

Does it really exist in a world that insists in flatting itself by the power of globalization?

The art project Give us pause #actions on a global flatness (2016) by the RitaGT, forces us to reflect on these interrogations by approaching the in-between’s concept. A project that summarizes an on-going journey, whereas the several places that she transits, as well as, the marks that keep building herself as a woman, a mother and a creative rest. Nevertheless, GT does not tell us about the places itself but about the journey and a space that bridges places and memories. Francine Sterle affirmed, that what she saw depended were she where, in this context, so what builds them and how we deal with the feelings and definitions of where we should belong too? The multilayers that underneath this issue offered by GT´s project can be also correlated with the simple fact of survival, a real human necessity that somehow in today´s times has intensified by the need to subsist in an exotic capitalist society. Additionally, this context intensifies if we add the condition of being a female artist in a capitalist market that is clearly a patriarchal system. 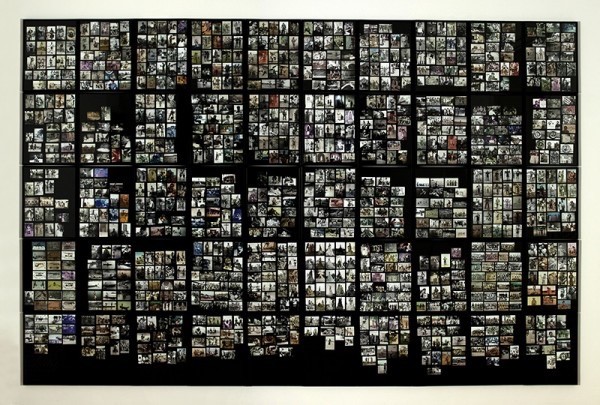 The exhibition of Nuno Nunes Ferreira is entitled A CUCA AJUDA A UPA, A NOCAL AJUDA PORTUGAL!, a slogan that has political overtones and recovers the memory of the colonial war fought in the former Portuguese colonies, more specifically in Angola. The exhibition project reveals a powerful unity in the elements that comprise each of the works, due to their use as the source for the self-referential nature of his research.

The artist is referring here mainly to the period when his father fought in the Overseas War, and to the memories, objects, stories and silences that the latter transmitted to him once he had returned to civilian life.

The overseas universe that the artist works upon, pursuing his practice as a methodical and compulsive archivist, opens up various fields of questioning about the memories of Africa, more precisely Angola. In his artistic practice, the artist collects documents and artefacts that are closely linked both to the liberation movements and to the demagogical propaganda of Salazar’s regime. These include publications that resisted events and contributed to the breakup of this regime, which affected our identity as a defunct empire and the identity of all those who, having been born in Portugal or the ex-colonies, arrived in Portugal as “retornados” (literally returnees, but people who also referred to themselves as the “dispossessed from the ex-colonies”). They were returning from a land that, while it belonged to everyone (all the citizens of the empire), did not, however, belong to those who had occupied and ruled it for several centuries.

Emanating from one of the works is a buzzing sound that is transformed into a military march: “Angola… É Nossa” (Angola… is ours). Words that are sung by men without their utopia, hostages from a time that did not know the meaning of Freedom, a concept that, still today, has not yet achieved its full legitimacy. 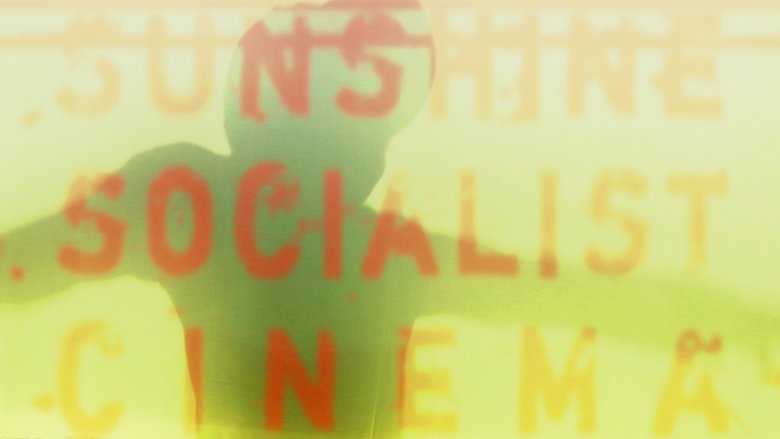 The Sunshine Socialist Cinema is an outdoor cinema powered by solar panels, run by artists Kalle Brolin and Kristina Müntzing. They are re-distributing surplus light from day to night by solar panels and projector, and screen films that generate discussion on radical leftwing topics. Our themes include post-industrial survival, political filmmaking, artists joining political collectives, and more. Our activities include public screenings, study group discussions, field trips, and presentations hosted by other institutions.

The cinema is installed in a garden in Höja in the southern Swedish countryside, with screenings occurring regularly during the summer months. A 230 W solar panel provides power for a 270 W projector, meaning two hours of sunlight gives us one and a half hour of the projected film at night. Screen and bleachers purpose-built, free entrance, artworks on display, and connections developed gradually with local organizations. Programming is discussed and technical issues worked out in a study group run within the local workers educational association, ABF, where we’re also figuring out a typology of political film and filmmaking.