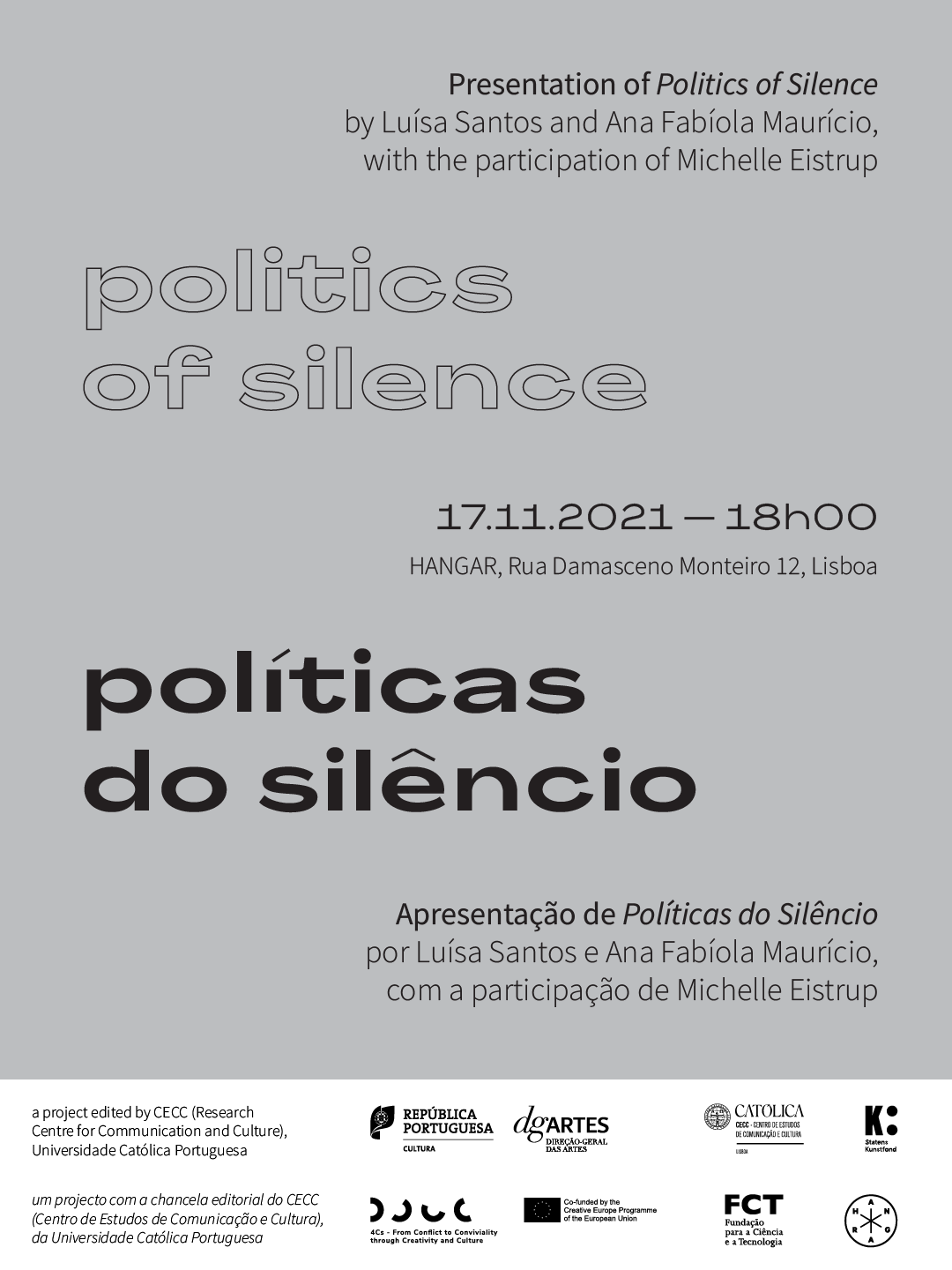 Politics of Silence is an anthology-book-exhibition in book format about silence as resistance. Silence is often associated with something passive – that nothing happens. But silence can also be used as a poetic protest and as a resistance against ruling regimes. Get to know more about the book when Luisa Santos and Ana Fabíola Maurício present the book in conversation with Michelle Eistrup at the HANGAR, in Lisbon, on November 17th.