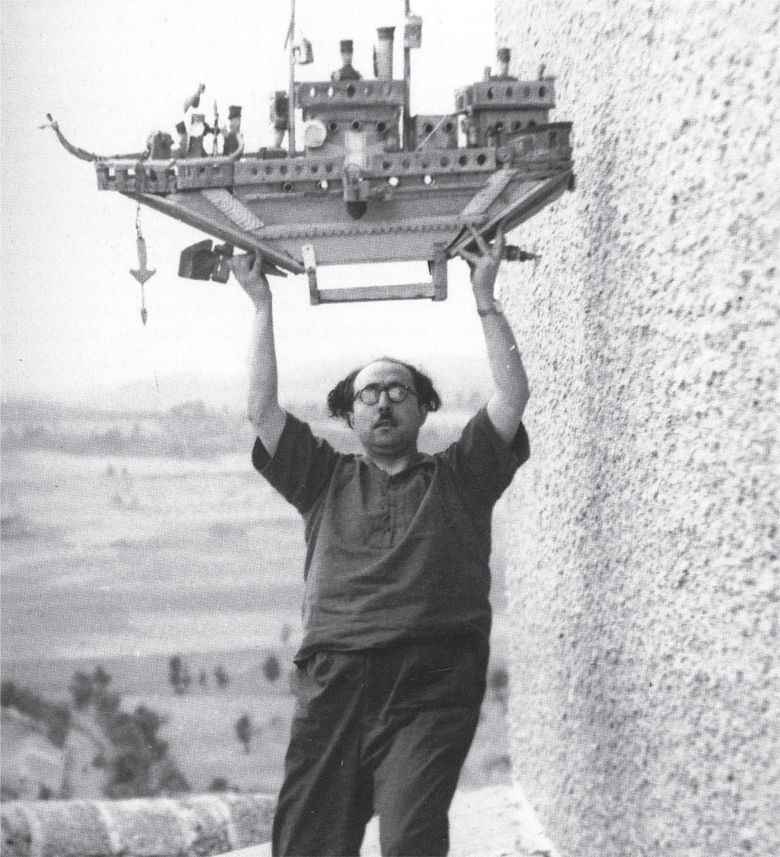 Francesc Tosquelles on the roof of Saint-Alban with a ship made by Auguste Forestier, May 1948.
Archive Tosquelles. / Photography: Romain Vigoroux.

The idea was to create a transversal community (artists, people involved in mental health, people who suffer from mental illness) around Tosquelles and trough five reading sessions. At the same time, the activity was open to the general public. The purpose was to reflect on the concept of mental illness, the concept of the institution on the basis of an example of the Saint Alban mental health hospital, and the concept of exile, alienation and forced immigration.

The Fundació Antoni Tàpies invites you to join the reading group "Penya" Tosquelles. The activity is divided into five reading sessions, based on selected texts about the work and praxis of the Catalan psychiatrist Francesc Tosquelles.

During those sessions, we will practice a connective reading and divergent thinking, in an open dialogue capable of creating maps and links between the legacy of Tosquelles and art, politics, philosophy, schizoanalysis and other fields.

Tosquelles argued that power should be given to the penyes, meeting places such as bars where groups of friends come together, which function not only as a social reference but as ‘modal’ institutions. Tosquelles’s work and praxis are traversed by two fundamental vectors: Marxism and psychoanalysis. The first pays particular attention to social alienation, labour relations and conditions, while the second focuses on psychopathological alienation and the organisation of ‘healing’ institutions.

These two pillars of thought will be the guidelines in our approach to some of Tosquelles’s texts by helping us discover what lies within them, from the more evident to the less obvious. For each session, we will recommend reading a guide-text, and a subject of discussion will be chosen based on a quote from Tosquelles that will act as a collective activator. At the same time, and always in relation to the suggested subject, we will be visited by an invited speaker (psychiatrists who worked with Tosquelles, artists, etc.) as part of a capsule entitled Déconnaitrie, an errant session on the selected subject where the texts will be confronted with other ways of reading and experimenting.

30 January: All power to the penyes
Presentation of the reading group and introduction to the praxis of Francesc Tosquelles. Discussion on the modulation of power and on how to make room for extended actions (psychiatric, political, social, etc.)
Suggested text: Entrevista al Dr. Francisco Tosquelles por T. Angosto, 15 de Diciembre de 1992


6 February: Déconnaitrie. The subject plays ‘I Spy’
Activity with an invited speaker on the construction of the idea of subjectivity; the subject of enunciation versus the conscious ‘I’; spaces of social organisation in relation to different types of institutions (family, psychiatric hospitals, schools, etc.) and their power of transference.
Suggested text: Francesc Tosquelles, Función poética y psicoterapia, una lectura de “In Memoriam” de Gabriel Ferrater; (trans. José García Ibáñez). Barcelona: Octaedro, 2014, chapter 1.
Participant: Antonio Labad, Psychiatry Professor at the Universitat Rovira i Virgili (Tarragona); he was medical director of the Institut Pere Mata, Reus.


13 February: To be a good psychiatrist you must be a foreigner, or at least look like one.
Tosquelles experienced exile, the need to look for refuge and the difficulties of being a foreigner. Based on this quote, the reading will focus on what it means to be ‘out of place’, or how to construct a territory outside of one’s own land. We will also discuss the relationship between Tosquelles and Frantz Fanon.
Suggested text: Francesc Tosquelles, Xenofobia y psiquiatría, 1992


13 March: Déconnaitrie
Activity with invited speaker on the construction of the idea of foreign, migration and exile. Actualisation of the experience of exile through Tosquelles.
Participant: Jorge de los Santos, painter and sculptor.


20 March: Final open session Déconnaitrie
This session will provide an open space for ‘attending the course of the discourse’, based around the capacity of production as a collective activity without proper meaning, and where the subject is not a falsehood but rather a false state.
Group conclusions and collective map. 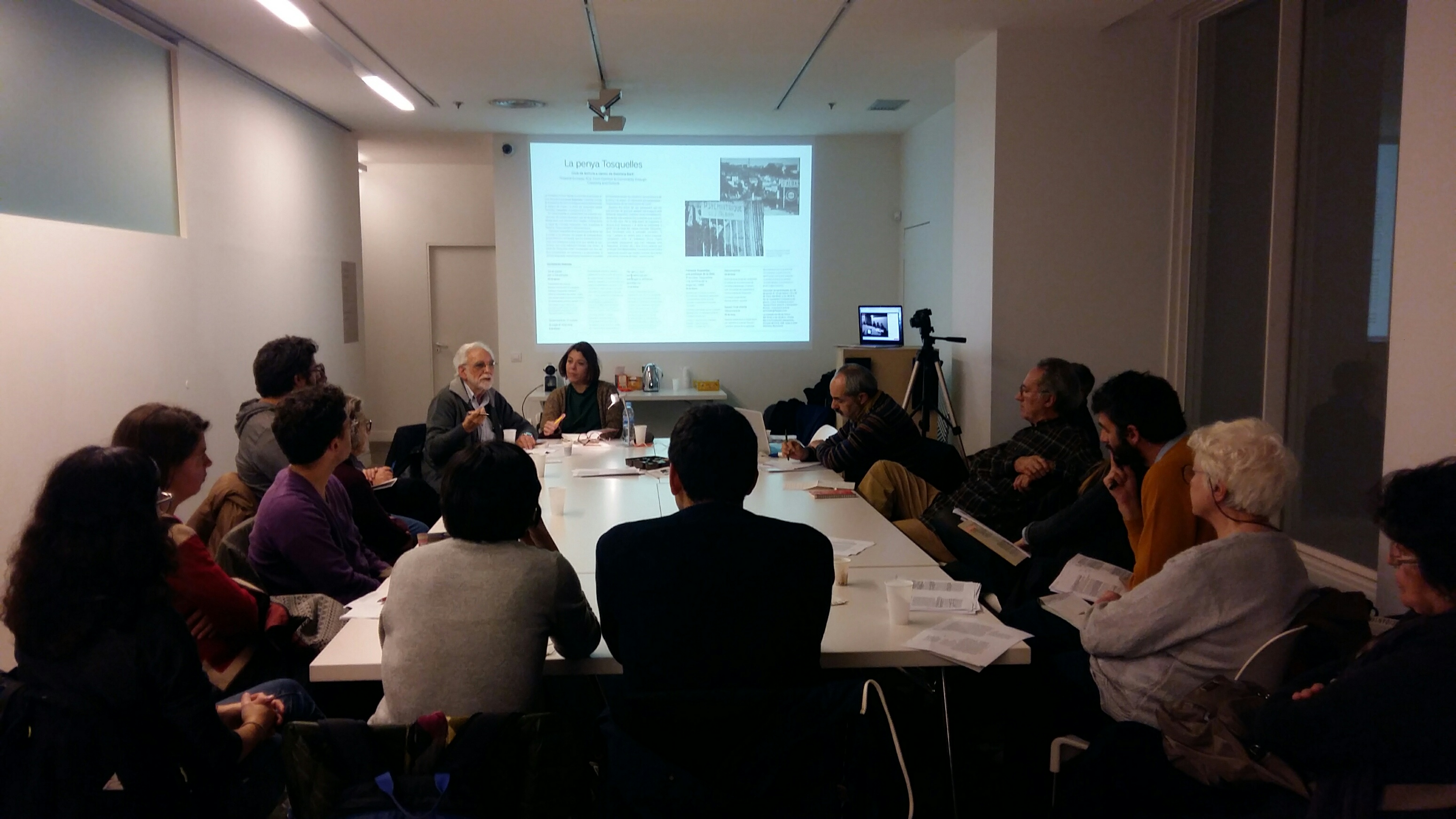 Tosquelles. The institution healed texts, images and testimonies. 25 and 26 April

Once we created the community, we organized the seminar inviting specialists and people who are linked to art that are currently working around Tosquelles and art brut in France. The idea was to put in contact the two communities that would study and analyze how artistic practices can help mental health by analyzing the case of Saint Alban. In Saint Alban the art was used as a therapy as well as an object of exchange for the patient and the Saint Alban community. This allowed patients to have some income and so favored their autonomy. Art objects were sold outside the hospital.

18:00 h. Martine Deyres. Around the film archive of the Saint-Alban Hospital, a film in progress.

18:45 h. Christophe Boulanger. To invent a place of creation, on the Saint-Alban experience.

19:30 h. Jean-Claude Polack. Nobody is a prophet in their own land. 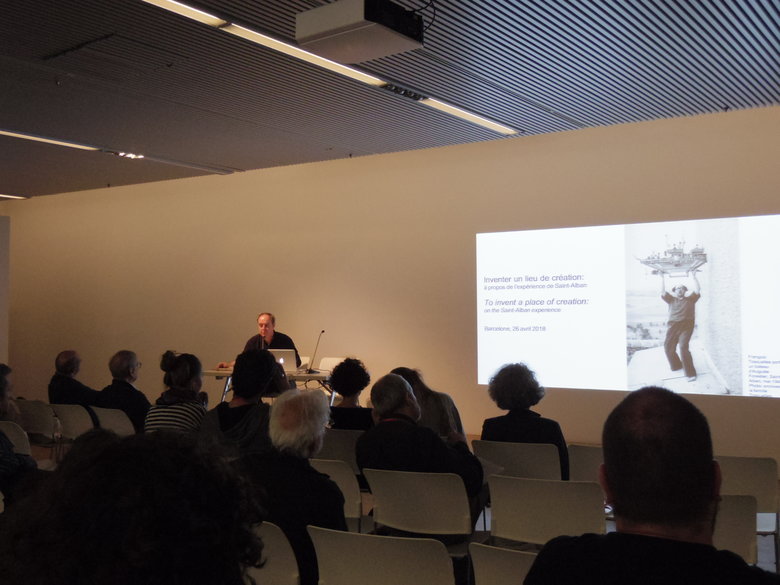 It was a trip we did with members of both communities. It was a time to see and know firsthand the pioneering practices that Tosquelles had carried out at the Hospital de Reus before the Spanish Civil War. We met Antonio Labad there, a disciple of Tosquelles. 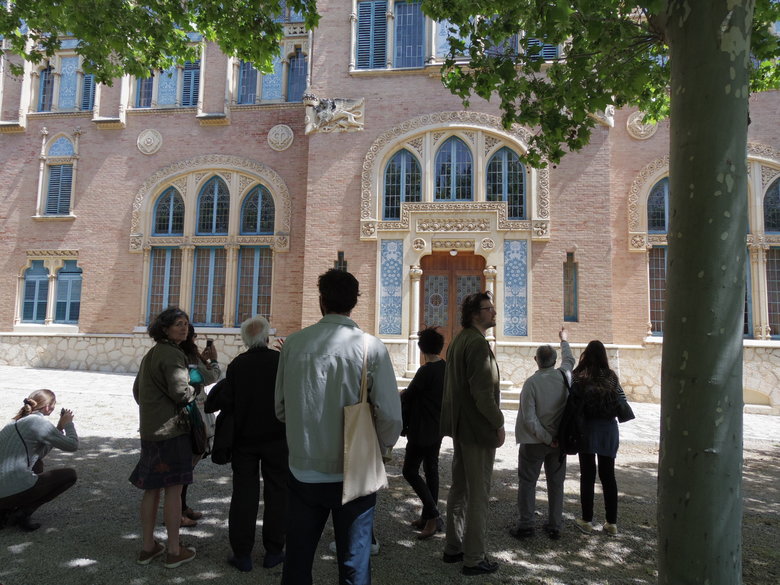 Video | Reading group - 13 February: To be a good psychiatrist you must be a foreigner, or at least look like one