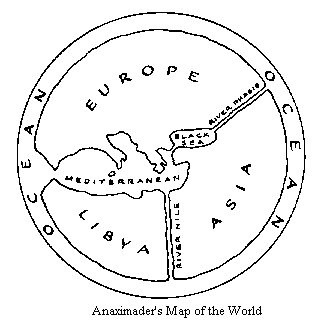 "In fact, the question of the essence of Europe is not mysterious or unanswerable. (...) But let us not worry about sterile questions about the true borders and ethnic entities of Europe. There is no doubt that Europe has neither a substantial popular base nor strong borders to the east and the southeast, nor an unequivocal religious identity (...) The question should not be: who, according to what criteria and what traditions, belongs to a "true Europe"? (...) but: which scenes do Europeans play in their decisive historical moments? What are the ideas that animate them, the illusions that mobilize them? How has Europe achieved its driving history and by what means does it keep moving? Where does Europe's power and unity run the risk of failing?"
Peter Sloterdijk | If Europe Awakes

​"Let this new Europe keep its luminous memory this way: philosophy, democracy, the Enlightenment, and even what is called, in a very dubious way, "secularization". May it also keep its nocturnal memory, the memory of all the crimes it committed in history and which were committed in its name, all these forms of hegemony, of colonialism, and, in the course of this century, all the monstrosities of European totalitarianism: fascism, nazism, stalinism (...) But I still appeal to you, to a Europe that (...) proposes a "new international" and not a "cosmopolitanism".
Jacques Derrida | Letter to Europe

The notion of "Europe" has been questioned since the last decades of the twentieth century, especially in the territory of the so-called European Studies. Since World War II, Europe has lost its visionary project of a privileged race of the humankind, thanks to the consequences of its policy of self-destruction, already present in the first half of the last century, to the effects of decolonization and the loss of ethnocentrism. The convulsions at the level of world politics and geopolitics definitely change the course of history. What Europe is left after the great historical controversies that have crossed and continue to cross it? What critical framework is possible to outline today so as to understand the various interactions and disseminations that make Europe fundamentally a kind of financial and commercial brand? What place can there still exist in the world for a Europe that does not yield to the imperialist tradition? As Sloterdijk critically questions, is this commonplace that tries to formulate Europe as a "unity of differences" or "a set of contradictions" an empty one? What is the possibility of a heterotopic becoming for Europe? How to wake it from the dogmatic sleep as did Kant in respect to Reason? Since the modern age, in which European cartography has practically reduced the terrestrial globe and the representation of the world to Europe, until today, the old continent loses its enchantment, its mystical character, being increasingly challenged as a paradigm. If it is true that it will continue to be privileged, this fact can not prevent us from thinking about what we are as history, from establishing a dialogue with ourselves, a kind of personal archaeology. Similarly, in the territory of art, Europe has been the subject of complex debates, in the domain of which some artists have been called in to participate, questioning both the political reorganization of post-Second World War, recent political decisions, or artistic mapping based in geopolitical strategies in a global context. If European art was regarded as the world’s art, its protectorate seems to have been emptied. Will those who Sloterdijk calls "the second-rate artists" be the ones who continue to overestimate heterogeneity and otherness, making efforts to maintain the myth of the European dream?

From this critical framework, we propose to open the debate on the multiple political, social and artistic representations of Europe that we had in the past, that we have now or that we want to have in the future and that configure some of the discussions.

We welcome proposals for 20-minutes presentations in English, which should include:

Title of the proposal Applicant’s identification (name, institution, country, position and email), Abstract (up to 300 words), Short curriculum vitae (up to 100 words)
Proposals must be sent in Word (.doc format) by email to ceaaeuropa@gmail.com

Early registration - June 30 - 170 euros
Late registration - until September 30 - 220 euros
The conference fees include 2 lunches, 1 cocktail dinner, coffe breaks and seminar package with a book of abstracts and on line publication of the proceedings.

Publication of the proceedings:

Conference proceedings (with ISBN) will be published online, in ESAP section of RCAAP -  Repositórios Científicos de Acesso Aberto de Portugal [Open Access Scientific Repositories of Portugal], with a link to CEAA webpage.
Only peer reviewed accepted papers will be published.

The guidelines for full papers are available in the conference site.
To make it easier for authors, the word document of authors guidelines may be used as a template.
It is crucially important to know that only papers formatted according to the guidelines can be accepted for publication.
The other condition for publication is that at least one author of the paper is registered for the conference.

Selected papers can be later invited to publish in an edited book.