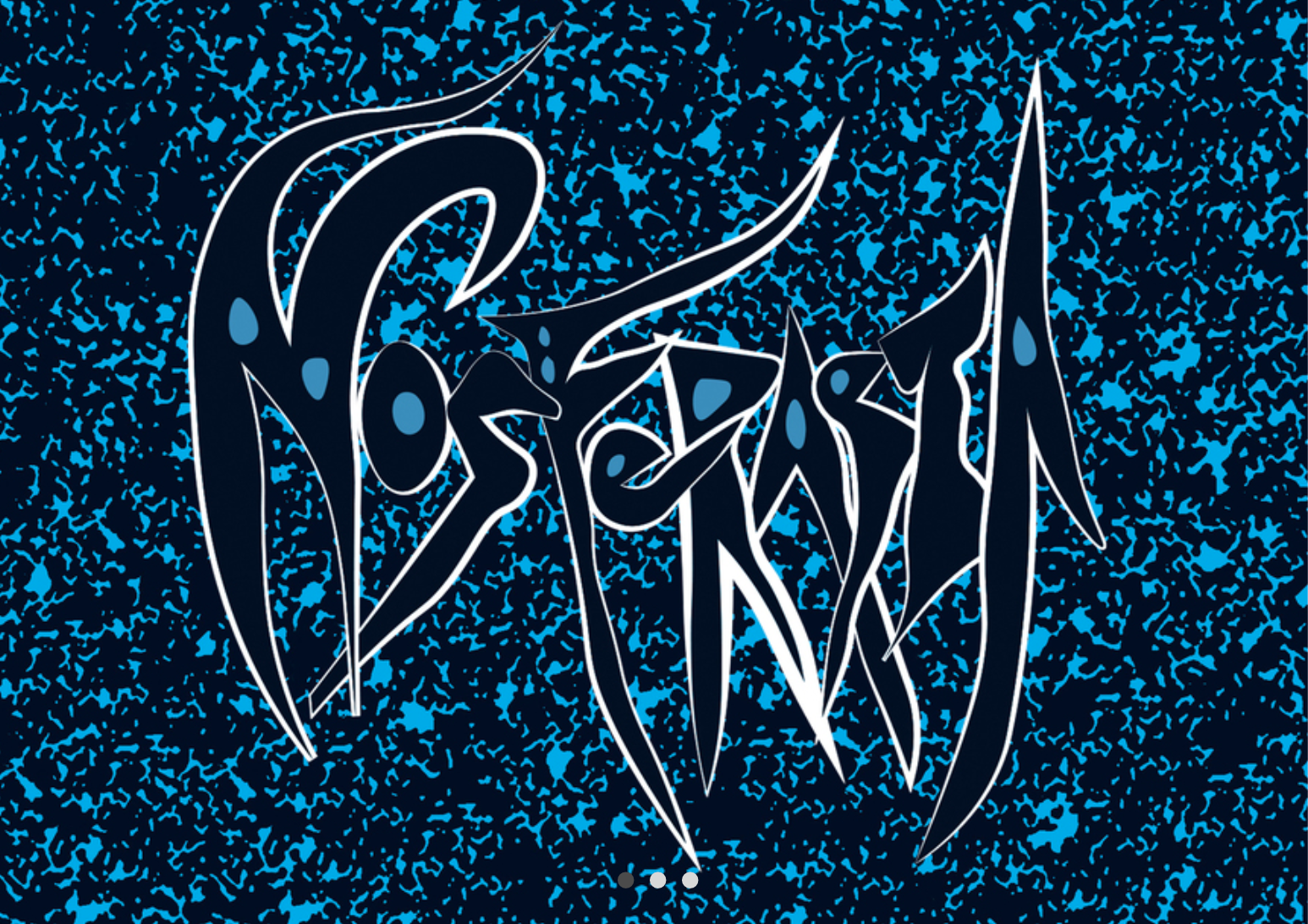 Marking the first UK commission by Brooklyn-based filmmakers Adam Khalil and Bayley Sweitzer in collaboration with Oba, Gasworks has published a 176-page book that explores the ever-expanding vampiric universe of Nosferasta.

How can you decolonise yourself, if it’s in your blood?

Peggy Ahwesh is an experimental filmmaker and video artist based in New York. Since the early 1980s, Ahwesh has forged a distinctive moving image practice in the ruins of originality and authority, embracing improvisatory strategies that prove the critical potential of play. Retrospective exhibitions include the Whitney Museum, New York; Anthology Film Archives, New York; Yerba Buena Center for the Visual Arts, San Francisco; Carpenter Center for the Arts, Harvard University; Filmmuseum, Brussels; and Spike Island, Bristol. Grants and awards include Jerome Foundation, Guggenheim Foundation, Creative Capital, and Alpert Award in the Arts.

Lou Cornum. Born into a Diné and white settler family in Arizona, Cornum is a two-spirit writer based between Middletown, Connecticut and Brooklyn. A member of the Navajo Nation, they are currently a postdoctoral fellow in Native American Studies at Wesleyan University working on a book project adapted from their PhD dissertation, "Skin Worlds: Black and Indigenous Science Fiction Theorizing since the 1970s" (CUNY, 2021). Their writing on Indigenous art, politics and cultural critique can be found in The New Inquiry, Social Text Online, Art in America, Frieze, and Pinko: A Magazine of Gay Communism.

Alex Esco is an actor, singer and artist based in Queens. She starred as Queen Omega in Adam Khalil and Bayley Sweitzer’s 2018 independent film Empty Metal. Through her friendship with Oba, she had a central role in the inception of the Nosferasta universe. Esco has been singing for over ten years. Her drawings focus on the female body, although her interests as a visual artist expand into fantasy-based themes. She is currently awaiting inspiration for her next creative endeavour.

Sabel Gavaldon is curator of Gasworks, London. His research explores minoritarian poetics and politics, often embracing unorthodox exhibition formats. His international touring exhibition Elements of Vogue: A Case Study in Radical Performance —first presented at CA2M, Madrid (2017-2018); then at Museo Universitario del Chopo, Mexico City (2019-2020)— transformed the museum into a dance floor. He was a ‘la Caixa’ Graduate Fellow at the Royal College of Art (2010-2012), and was nominated for the ICI New York Independent Vision Curatorial Award in 2016.

Adam Khalil is a filmmaker and artist based in Brooklyn. He was raised as a member of the Ojibway tribe in Sault Ste. Marie, Michigan. He is a core contributor to New Red Order (NRO), and a co-founder of COUSIN, a collective that supports Indigenous artists expanding the form of film. His work has featured at the Whitney Biennial, Museum of Modern Art, Lincoln Center, and e-flux, New York; Tate Modern, London; Walker Art Center, Minneapolis; and Toronto Biennial. Grants and awards include an Alpert Award in the Arts, Creative Capital, Sundance Art of Nonfiction Fellowship, Jerome Fellowship, and Gates Millennium Scholarship.

Mutabaruka. Born Allan Hope in Rae Town, Jamaica, Mutabaruka is a Rastafari poet and broadcaster. His name translates as "the one who is always victorious" in Rwandan language. Often described as a dub poet, Mutabaruka is one of the most innovative voices to emerge from Jamaica’s new wave of poets in the early 1970s. He soon made his mark as a published author, live performer, record producer, and talk-show host. He has collaborated with reggae and dancehall artists including Gregory Isaacs, Dennis Brown, Luciano, and Sean Paul. With programmes like The Cutting Edge and Steppin’ Razor, Mutabaruka became one of Jamaica’s most popular radio personalities.

Oba 'the artist and musician'. Born Wendell Scotts in Port-of-Spain, Trinidad, Oba is an artist, chef and actor based in Brooklyn. His paintings, sculptures and t-shirts have featured at Motel Gallery and Rumpelstiltskin, Brooklyn. From 2016 to 2018, Oba was lead singer of the avant-noise supergroup Dead Companionship alongside Austin Sley Julian, Adam Khalil and Zack Khalil. He starred as King Alpha in Adam Khalil and Bayley Sweitzer’s 2018 film Empty Metal. Oba’s world-class corn soup has been slurped at the legendary Club Temptation in Flatbush, as well as fine establishments across the world.

Austin Sley Julian is an experimental composer, performer and multimedia artist based in Brooklyn. He was brought up immersed in the underground music scene of New York City, and he has toured internationally with several music projects he founded, including Sunk Heaven, Sediment Club, and Signal Break, and releasing 16 albums. Throughout his career as a performer, he has taken to challenge the conventions of instrumentation, composition and the limits of musicianship. In his sculptural work, Sley Julian integrates kinetic sound sculpture with jagged gestural form.

Bayley Sweitzer is a filmmaker based in Brooklyn. His work has featured at Film at Lincoln Center and Anthology Film Archives, New York; LACMA, Los Angeles; Other Cinema, San Francisco; Pacific Film Archive, Berkeley; Walker Art Center, Minneapolis; Tate Modern, London; Bozar, Brussels; Berwick Film & Media Arts Festival; and the Berlinale. He is recipient of a Creative Capital Award. Sweitzer also works professionally as a focus puller and is a member of the International Cinematographers Guild, IATSE Local 600. He acts as a settler accomplice of the collective New Red Order (NRO).

Virgil b/g Taylor is a faggot born in New York and living in Germany. He makes fag tips, an online speculative zine. He is one half of sssssSssssssss, a study-friendship with Ashkan Sepahvand, and a member of What Would an HIV Doula Do?, a collective of artists, writers, caretakers, activists and more gathered in response to the ongoing HIV/AIDS pandemic. His work explores histories of care and crisis, magic and toxicity. He acts as a settler accomplice of the collective New Red Order (NRO).

Laura Vallés Vílchez is a curator, editor and researcher based in London. She is the co-founder and editor of Concreta as well as a lecturer at the Royal College of Art, where she directs the EU-funded project 4Cs From Conflict to Conviviality through Creativity and Culture. Recent exhibitions include It's Your Turn (EACC, 2018), and Across the Sand (Azkuna Zentroa, Artium and CentroCentro, 2019-2020). She directed the biennial Myths of the Near Future at TEA Tenerife, 2019-2020.