There isn’t a better way to say this. We are dying. Humanity is dying – physically, socially, and culturally. The moment I write these lines, March 16th 2020, the national Portuguese news state that 331 cases of Covid-19 have been confirmed, 86 more since yesterday. In the world, more than 6.500 people have died since the first case was identified in China, in early January 2020. 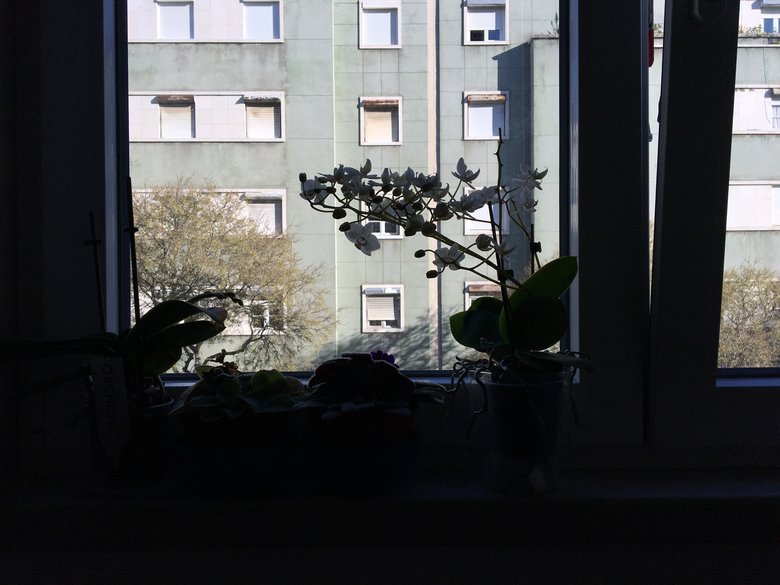 Eleven years ago I saw these photographic series by Gregor Graf, titled Hidden Town (2004-07). Each photograph of the series depicted one European city without any human presence – no people, no cars, no rubbish on the streets, no advertising, nothing besides the buildings, the empty streets and the bright skies. Thinking about it, not even a bird or a fly. It wasn’t only humans that were missing it was life in general. When I saw these photographs, I thought that these scenarios were a great translation for what art can do: it can change and shape our perception of the world, as we know it. It can show us an alternative reality. But – I thought – these images would never be possible, or close to possible, in the physical world.

I’m 39 years old. In the last decade, Lisbon has changed tremendously, mainly due to the waves of tourists arriving (and some becoming residents) in the city. Before, it was a rather calm city. The Lisbon I see today is very far from these realities. Schools, Universities, Museums have closed last week. Today, access has been restricted to shops and to public spaces. The streets are emptied. And I think of Gregor Graf’s images that have become so close to reality. Human presence and human contact are avoided for human’s own survival. Borders are being closed to constrain the spreading of the virus. In social media it’s a different story – people pledge for unity; for solidarity with the elderly, with the independent workers, with doctors and nurses, to name a few examples. Artists and designers upload drawings for free download, to enable parents to teach and distract their children. Parents are all now stay at home parents, without a choice and despite the need of working remotely in their full-time jobs if they want to keep them even if it’s for half the pay. Artists and cultural producers join forces to find alternatives and to ask for help from the governments. Some people upload images in different languages so that neighbours can print and offer to go shopping for the elderly or anyone in need.

And, somehow, the digital becomes close to the physical. Just as it has been in the past decades. However, until now, the digital was the perfect tool to keep the social distance that we are now being required to keep – at least 1 to 2 meters distance from each other, no kissing, no hugging, no touching. Today, we are being forced to keep a distance from other humans, to close borders and deny access – ironically, the borders being shut are mostly to the ones that have been denied access in the recent past (Mexico is closing the border with the USA, to name an example). I have read various texts saying that we are facing even more racism. That might be true but I honestly think that today, a few months after this pandemia has started, we are in the breaking point. We can’t handle more of social isolation. We need other humans.

There isn’t a better way to say this. We are struggling to survive. Humanity is struggling. In this collective struggle, we are changing. And maybe that’s not a bad thing at all. Maybe humanity, as we know it, has to change in order to survive. Maybe humanity (just) needs to become more human.