Sensible Grounds: Tuning into the Rhythms of the Chronic displays sculptural installations, archival material, and films that employ fiction, as well as those which do away with images entirely. This collection of moving image practices contemplate historical capacities of cinematic space as a medium of testament, as well as being a physical and mental environment: a refuge, a holding place, with an unsettling gravity to enact, unblock, and care for forms of sociality.

The invited artists re-visit pasts, which have been prematurely turned into history: moments of collective desire, struggle and entrapments, the past films of their own, or others. While it seems our political struggles are uncannily repeated, they re-articulate what it means to bear witness and re-vision worlds: a blind version of a film proposing deep listening, a score for an eye dance “through the diffused borders of the approximate”, a camera turning bright, or a request to “watch over” a film-world as an act of care.

But what is this desire for re-visiting? Is it the return of the soul to the scene of its scarring over and over, in order to heal? Is it a ritual for remembrance? Or is it acknowledgment of inheritance and indebtedness, where trans-historical bonds or intergenerational time and memory turn into holding grounds for (con)current struggles?

This perhaps comes with re-learnings of the temporalities through which perceptions of political agency are shaped. Could we do away with the time of the crisis and emergency,  tuning into temporal rhythms of the chronic, from the eventual to the ongoing and everyday? How to understand the repetitions of history, or the conditions of chronic struggle, not as loops (and loopholes), but as dilated presents and presences?  Instead of again and again and again, can we think of now and now, and now, and now? 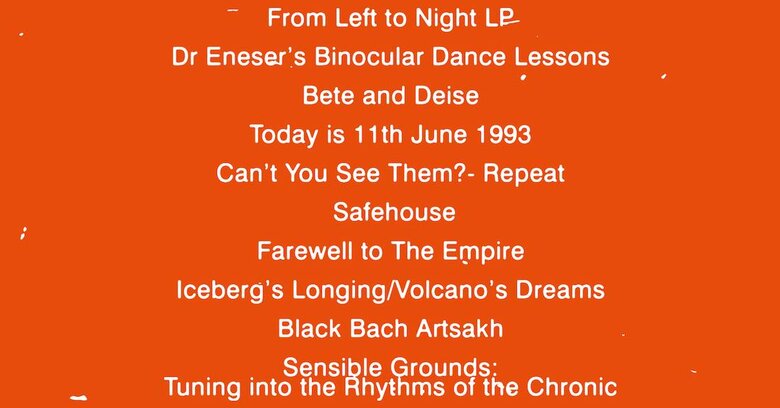 Works in the exhibition by: Clarissa Thieme, NSRD (The Workshop of Restoration of Unfelt Feelings), Wendelien van Oldenborgh