With The Anti-Terror Album, Peter Voss-Knude turns the language of terrorism inside out, offering new takes on what anti-terror measures ought to look like.

The Anti-Terror Album is a pop album and an art exhibition. The music and presentation were created in response to ‘KRISØV 2017’ – a document used as a framing narrative for the Danish national crisis management exercise, a major disaster drill for Danish authorities held every two years. 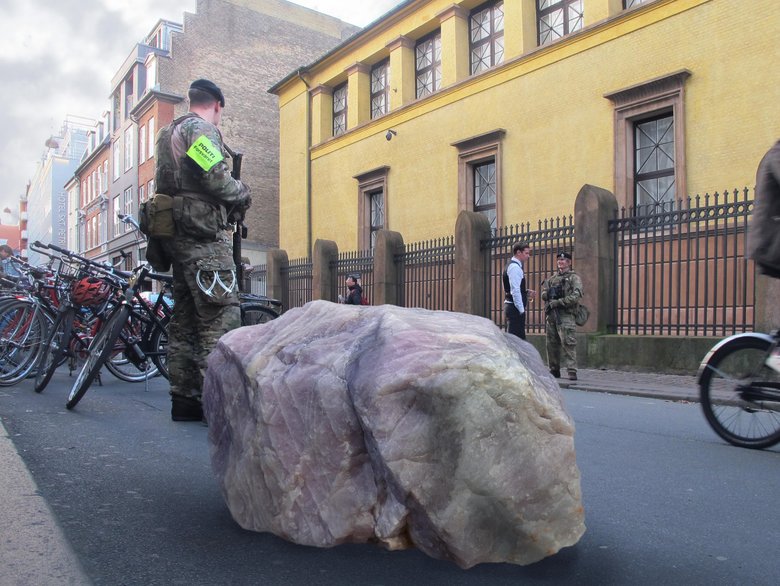 A 1.1-tonne anti-terror barrier made out of pink quartz. Photo: Peter Voss-Knude

For several years now, Peter Voss-Knude has worked with military issues and Denmark’s contemporary involvement in war, exploring the theme in a field where art, politics and anthropology intersect. As part of this work, he got access to the document he now addresses in music and art.

The narrative in ‘KRISØV 2017’ deals with a series of fictional terrorist attacks perpetrated in North Jutland by Islamic fundamentalists. Over the course of 48 hours, representatives from official authorities such as the Danish National Police, the Danish broadcasting corporation and the Danish government played through the narrative’s plot in real-time: a fictional scenario rehearsed and enacted as if it were real. A piece of fiction in which all perpetrators are Muslim or Arab and any suggestion that terrorist threats might come from other quarters is left out.

‘To my mind, “KRISØV 2017” is highly problematic. I see the document as a kind of Freudian slip of the Danish psyche. After all, the scenario was not written for the general public, but for internal use by the country’s leaders and authorities, and it provides a unique insight into the psychology behind the anxieties and bogeymen at work in our society. The narrative is full of stereotypical terrorist characters and includes some bizarre and inappropriate details that have no place in an emergency drill,’ says Peter Voss-Knude.

‘The man on the couch tugged his black curly hair back behind his ears. He was small but muscular, and his brown eyes and long tresses had stood him in good stead with the ladies over time. Lots of white girls preferred a small, cheeky Arab over the stupid Danes with their knock knees, pale tats and invisible eyebrows’

As part of his research for The Anti-Terror Album, Peter Voss-Knude interviewed the author of ‘KRISØV 2017’.

‘He told me, among other things, that he had taken much of the story from the American television series Homeland, which has been widely criticised for being Islamophobic. I had no sense of him being aware and critical of the power and immense responsibility he holds as the author of a consensus-creating narrative for a major national crisis management drill. But what scares me the most is that the Danish Emergency Management Agency has approved the text,’ says Peter Voss-Knude.

Release Concert at the Museum of Contemporary Art

With The Anti-Terror Album, Peter Voss-Knude turns the entire concept of anti-terrorism upside down. To him, the real terror is not an external threat. Rather, the terror stems from our own fears and prejudices that are fed by narratives such as ‘KRISØV 2017’. And from the imagined threats that we ourselves build up and manifest, for example in the form of physical anti-terror barriers.

Peter Voss-Knude offers his own take on alternative forms of anti-terror measures. One of the focal points of the exhibition is a 1.1-tonne slab of pink quartz – an anti-terror barrier made out of beautiful pink crystal, protecting its environs against terrorist attacks not just physically, but spiritually too.

The music on The Anti-Terror Album also constitutes a kind of protection against terror and terrorism. ‘If you listen to the music on this record, you’ll be less terrorised,’ says Peter Voss-Knude.

The album features tracks such as ‘Who Is Your Criminal’, which investigates our scapegoats and ideas about enemies, as well as ‘Jacinda’ – a tribute to New Zealand Prime Minister Jacinda Ardern’s visionary and humanitarian handling of the terrorist attack in Christchurch. The lyrics are a direct response to the language used in ‘KRISØV 2017’ and to the narratives that infuse the coverage of terrorism in the media.

The Museum of Contemporary Art is proud to present The Anti-Terror Album – Peter Voss-Knude’s first solo exhibition at a Danish museum. The exhibition is part of a wide-ranging collaboration between seven European cultural institutions: under the common title 4Cs, we explore contemporary Europe and European values under pressure. 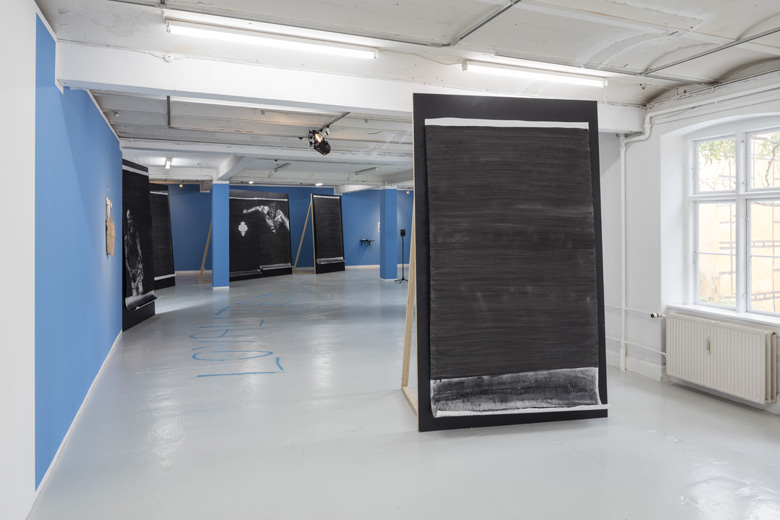 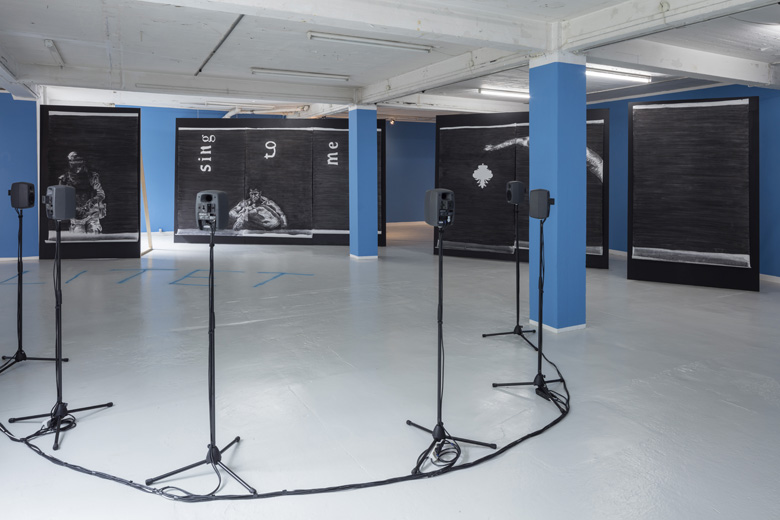 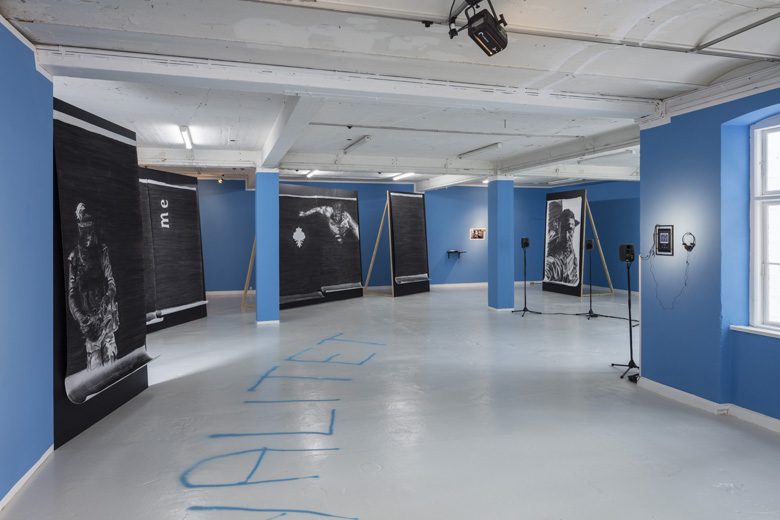 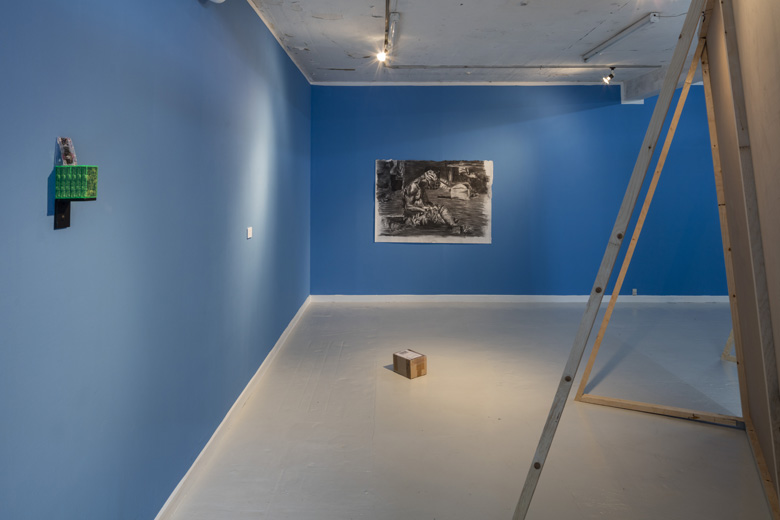 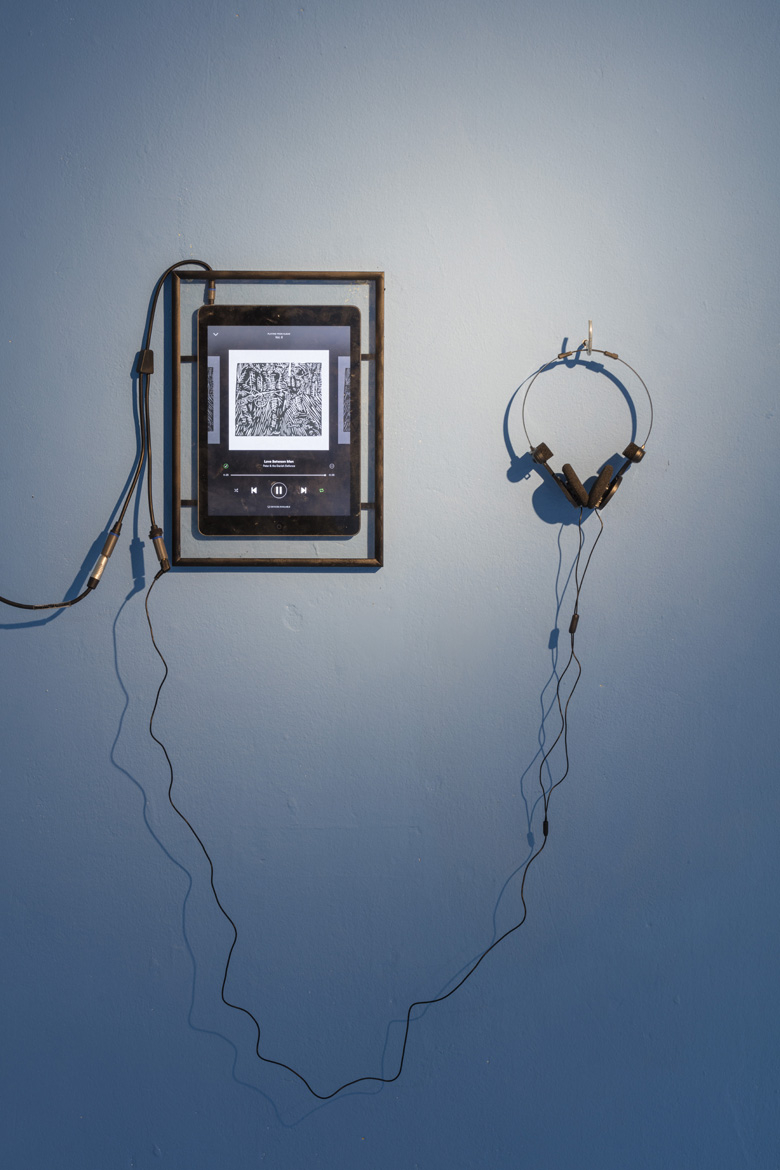 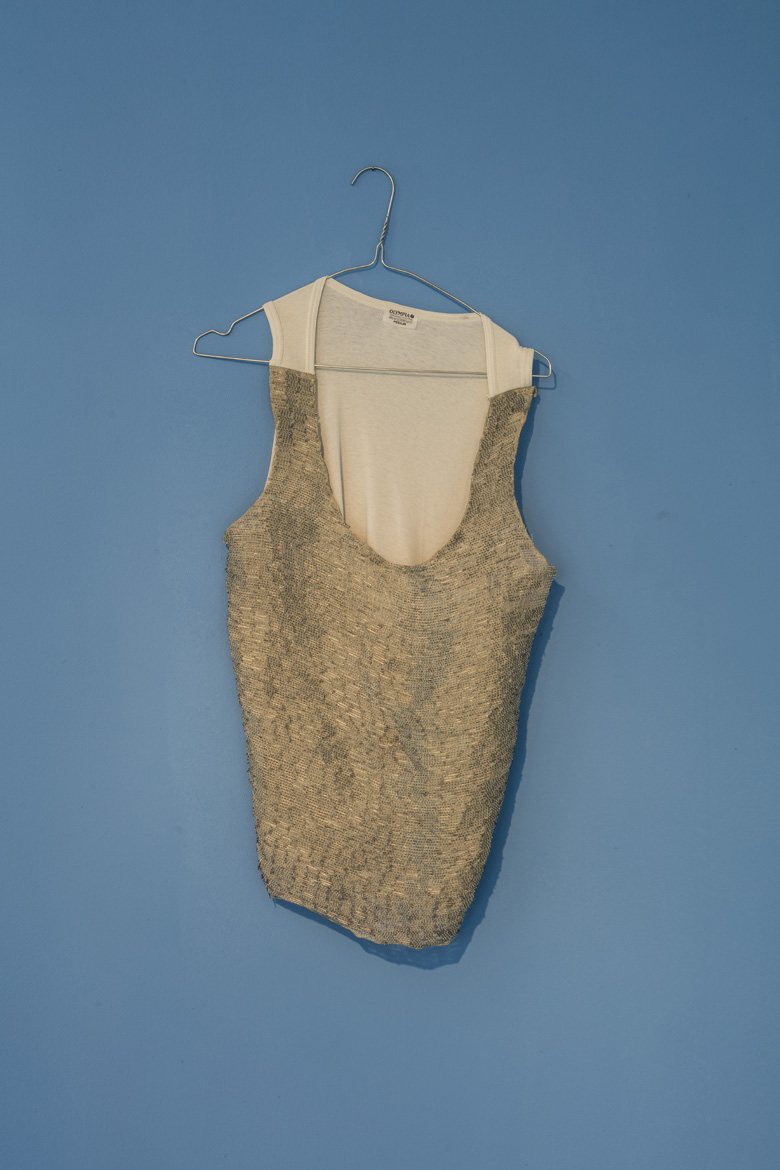 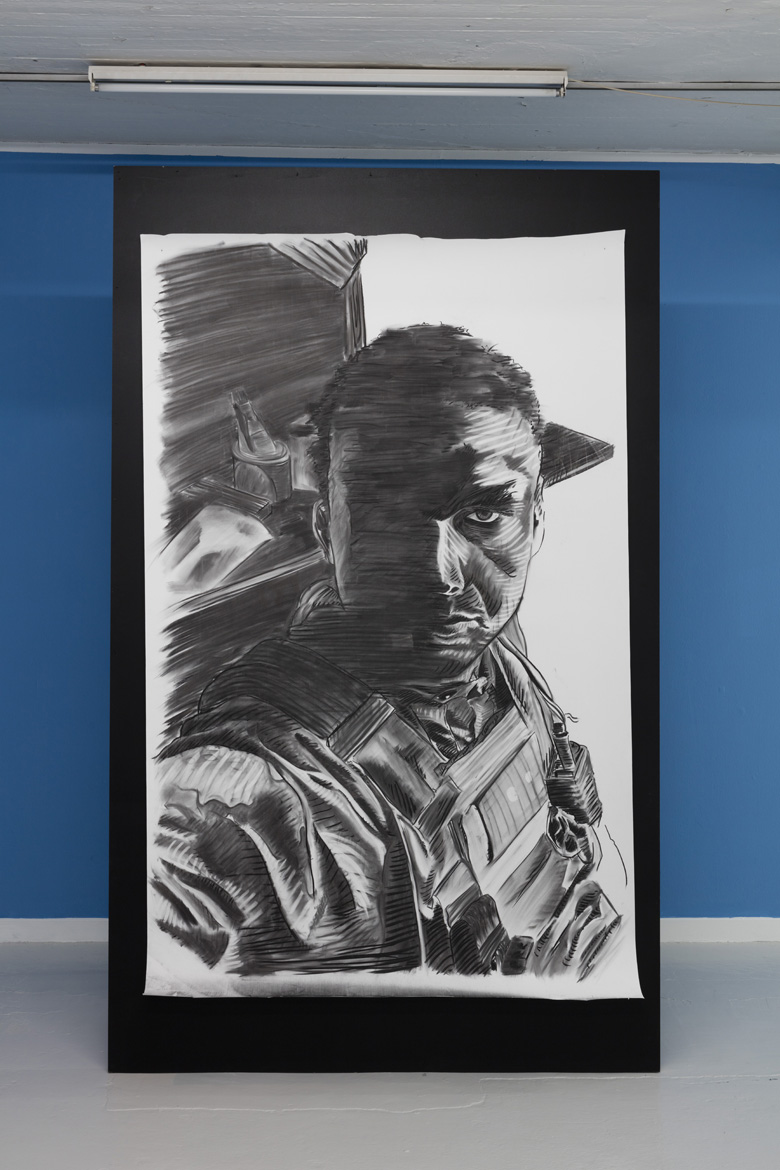 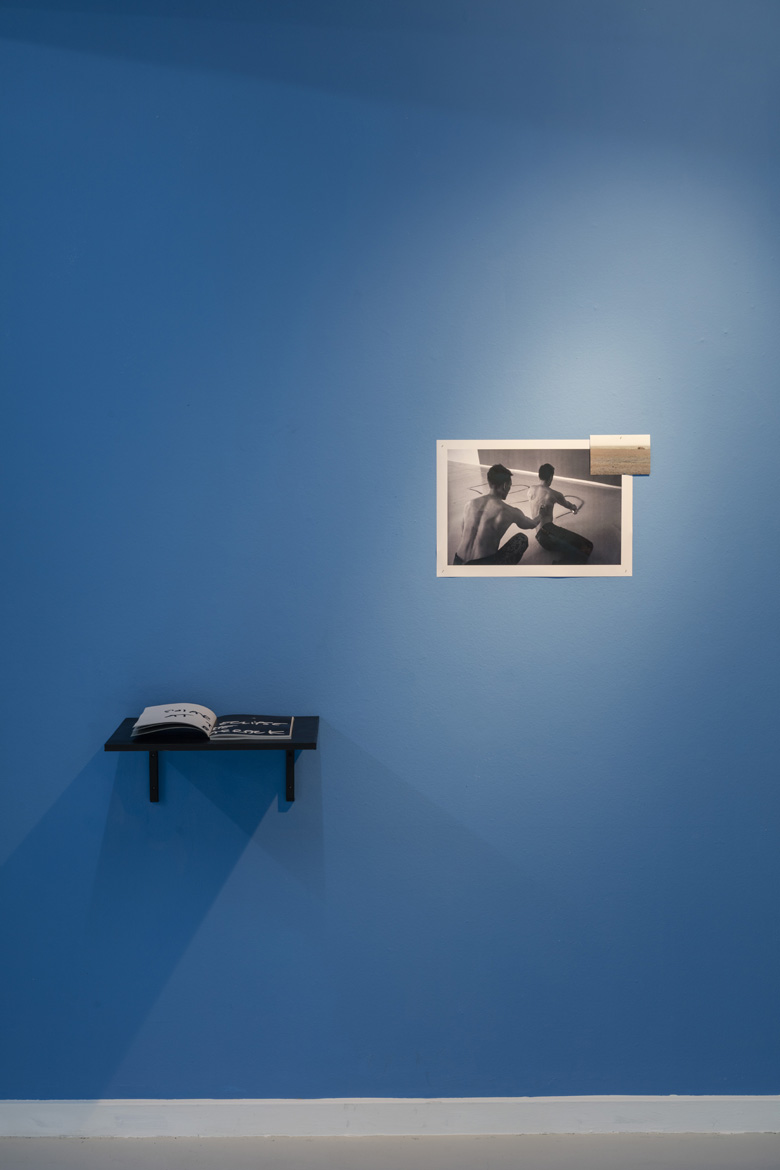 Peter Voss-Knude (b. 1987) is an artist and songwriter. Using art, poetry and lyrics as a tool, Peter Voss-Knude establishes unexpected collaborations with major institutions of society, prompting conversations on difficult topics such as war, military defence and terrorism.

In collaboration with the Danish armed forces and its soldiers, Peter Voss-Knude has released two pop albums (2016–17), which can be heard on Spotify and iTunes. His third album, THE ANTI-TERROR ALBUM, will be released in January 2020; it will also be released on vinyl by the Museum of Contemporary Art.

Peter Voss-Knude has previously been an activist in the Russian artist group VOINA, and during his undergraduate studies at Goldsmiths, University of London, he applied to be a police officer with The Metropolitan Police in London, intending to write poems about the work. Peter Voss-Knude holds a Bachelor of Fine Art and Art History from Goldsmiths and is currently attending the MFA programme at Kunst- og designhøgskolen in Bergen.

The exhibition is supported by the Creative Europe Programme of the European Union and it is part of 4Cs: From Conflict to Conviviality through Creativity and Culture – a European Cooperation Project where eight cultural institutions explore how the values and ideals of Europe are currently facing pressure.