Last year I attended Manifesta 12 in Palermo. Manifesta is the European Nomadic Biennial, which originated in the early 1990s in response to political, economic, and social changes following the end of the Cold War and subsequent steps towards European integration.1

During one week I was immersed in art, in all possible ways, in the stunning city of Palermo, in the isle of Sicily which turned out to be the perfect stage for “The Planetary Garden. Cultivating Coexistence.”

On Sunday, the last day of the professionals’ program, we went to Palazzo Forcella De Seta - an amazing building with an amazing view to the Mediterranean Sea and its deep blue waters full of life and death.

The exhibition at Palazzo featured seven artists but the artwork that impressed me the most was a video by The Peng! Collective: “Fluchthelfer.in. Become an Escape Agent”. As I always do, I first see the artwork and then look at the labels. I put the headsets and watched the video. As I was very impressed, I watched a second time to absorb the details I’ve missed. I felt the need to watch it a third time because my tears were falling and I didn’t want people to notice. This video was not violent or provocative, in the visual sense. On the contrary, it features beautiful views and a peaceful car driving. Two people in the front seats questioning if what they have done was right, questioning their civil rights and obligations. In the back seat, there was a young man, perhaps my age, feeling so happy, thinking how important that moment in time was, and how they had a brand new future ahead of them. I remember that I let myself be in those people’s shoes and thinking what would I feel in that situation, and if I would had the guts to do that. I think I wouldn’t. As the images were so close to my reality, visually speaking, it made it more real to me, in a sense. 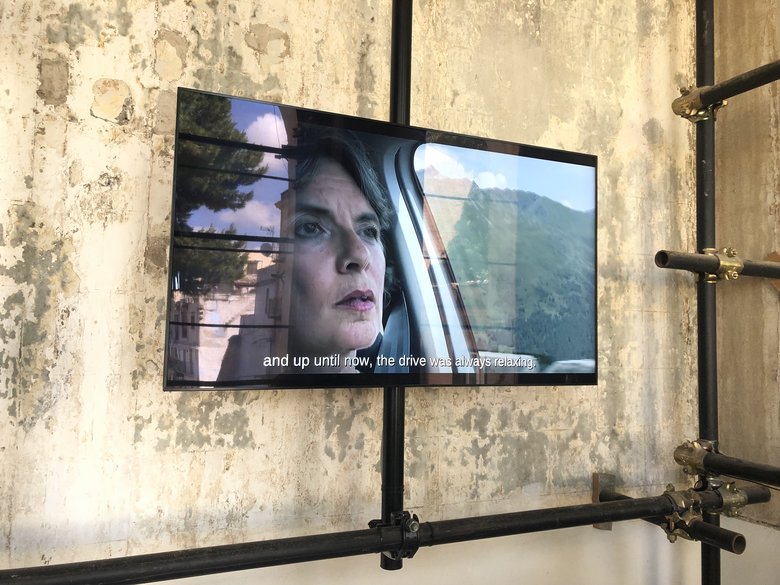 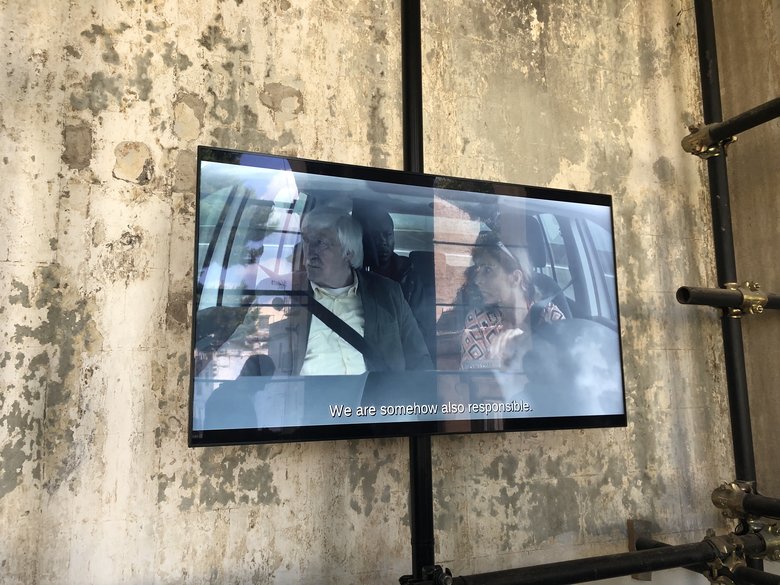 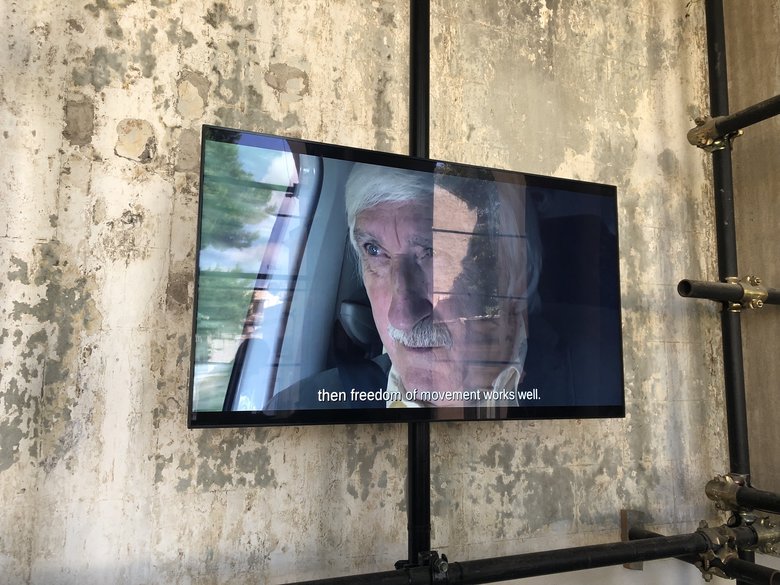 All I have experienced during those days, in the city of Palermo affected me - the artists and people sharing art-based experiences and knowledge, and the migrants' situation, so present in those people’s lives, probably definitely more than in my own.

Then I read the label and the text explaining that “The Peng! Collective launched a campaign that would promote the idea of helping refugees cross the internal EU borders, e.g. by giving refugees a lift to Germany when driving back from holiday. Drawing a parallel with recent German history and focusing on Fluchthelfer (escape agents), who risked their lives to help people escape from the former DDR.” 2 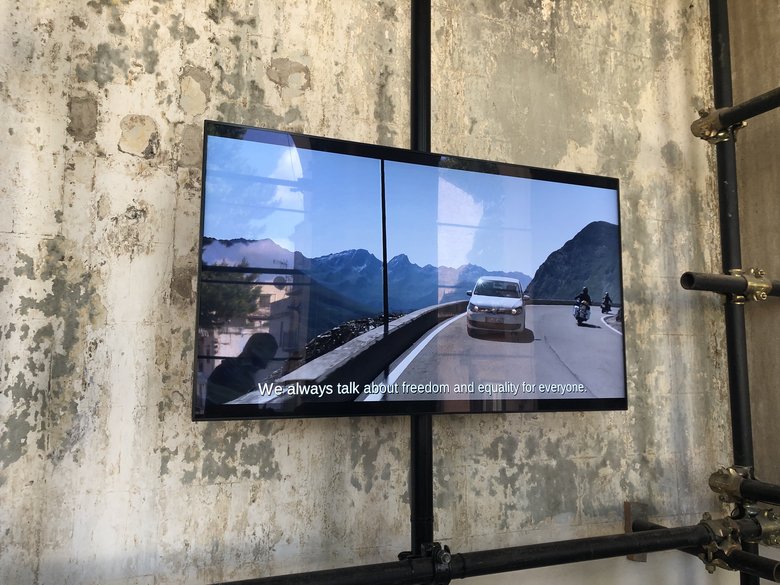 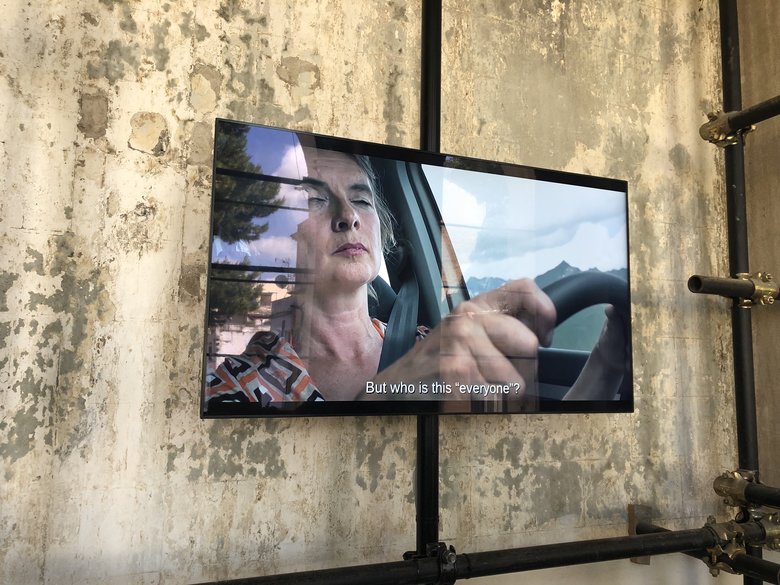 After further investigation, I found out more information about the project on their website (https://pen.gg/):

“We decided to launch a campaign (…) And guess what? The response to it was overwhelming! On our website fluchthelfer.in we provided people with some basic information on how to proceed in order to become a Fluchthelfer.in. Nationwide there were posters popping up in the streets and even in front of the authority for non-residents in Berlin. GDR-Fluchthelfer has been decorated with the order of merit of the FRG back in the 1990s. So why shouldn't today’s Fluchthelfer be honoured in the same way? We decided to award the European Order of Merit to those who helped people cross borders recently. And since the legislation doesn't recognize the honorability of Fluchthilfe, we started a crowdfunding campaign that would help Fluchthelfer when facing legal consequences – and collected some 17.000 euros!”

You can watch the full video here.