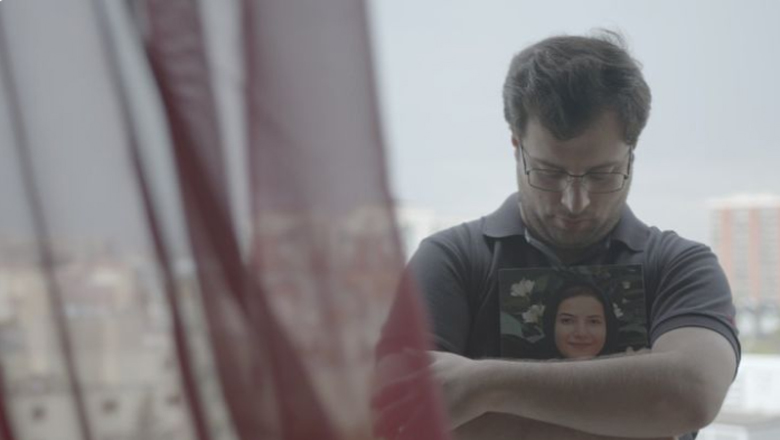 "On January 8, 2020, the Ukrainian flight PS752 was shot down with at least two missiles by the Iranian regime. All 176 passengers and crew lost their lives. I lost the love of my life, my wife, and my best friend, Elnaz Nabiyi on that flight. Elnaz and I came to Canada less than two years ago to pursue our PhD studies at the University of Alberta. But now she is gone...

At first, the Iranian regime shamelessly attempted to deceive the entire world about the true reasons behind this heinous crime. Iranian officials came to the quick conclusion that the flight-crash was just due to technical failures! Under international pressures, Iran was forced to admit to shooting down the civilian airliner PS752. So far, the Iranian regime has not cooperated with independent international investigations to reveal the truth behind this atrocity.

This documentary is a letter to my wife, Elnaz. Our main goal is to discuss different aspects of this atrocity. We are deeply determined to pursue justice for the innocent lives lost on flight PS752, eventually bring those responsible for the attack on flight PS752 into a court of justice. In our long and difficult path to pursue justice, we kindly ask for your support to actualize this documentary. The production/shooting has already commenced in June and the majority of funds raised will go directly towards post-production costs.

Elnaz was a smart and curious student, always in search of truth; therefore, any potential monetary profit obtained from this documentary will be donated for either school or university education of those in need. Thank you so much for your kind and generous support".

Please visit here for more information about the project and the campaing.