The exhibition takes a look at the avant-garde practices that the psychiatrist Francesc Tosquelles carried out in the therapeutic, political and cultural field. Tosquelles transformed psychiatric institutions during the Republic and in fascist Europe. Today, he is an inspiration when addressing mental health policies in times of extreme crisis.

"Francesc Tosquelles. Like a Sewing Machine in a Field of Wheat" highlights the figure, the work, and the political and artistic environment of a psychiatrist who revolutionized the medical practices of his time and passed on an innovative and surprising cultural legacy that is unknown to most. Francesc Tosquelles set out to address the social root of mental illness and transform the psychiatric institution. 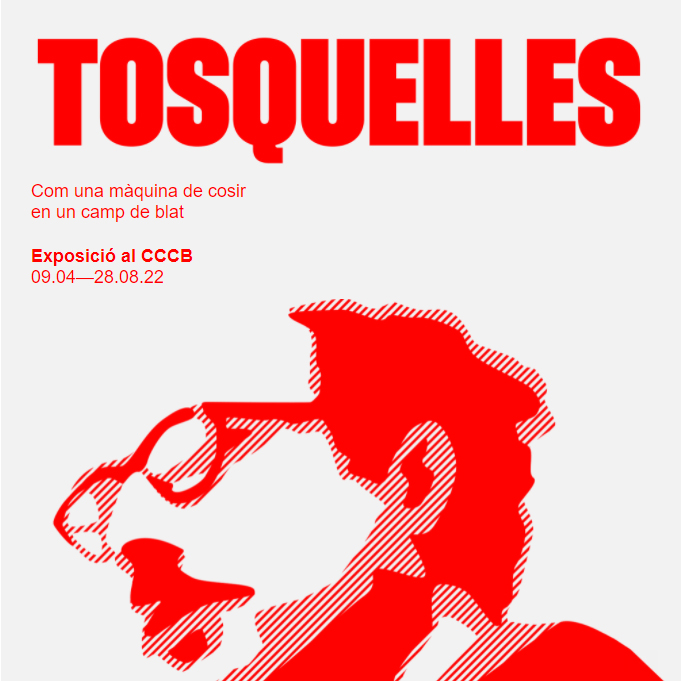 Francesc Tosquelles (Reus, 1912–Granges-sur-Lot, 1994) trained in the political and cultural experience of the Commonwealth of Catalonia and the Republic. After fighting on the Aragon Front and in Extremadura during the Spanish Civil War, he had to go into exile in France in 1939. At the Septfonds concentration camp and, above all, in the psychiatric hospital at Saint-Alban (France), Tosquelles revolutionized the functioning of the psychiatric centre with a practice that linked politics, clinical experimentation and culture.

The sanatorium at Saint-Alban became a haven for avantgarde artists, who lived alongside inpatients, peasants, nuns, doctors and nurses. Tosquelles opened up the psychiatric hospital to many different artistic practices, fostering the social ties of the inpatients and humanizing the lives of thousands. He was a pioneer in introducing tasks of self-management, commissions, and inpatient clubs; training for caregivers; theatre, film and writing experiment; the creation of mural periodicals and internal newspapers; and the introduction of printing and occupational therapy workshops.

The exhibition invites visitors to walk chronologically through the life and work of Tosquelles. The psychiatrist’s oral testimony accompanies visitors as he talks about the topics that interested him: the peasantry, Stalin, the fear that madmen arouse in psychiatrists, and many others. The exhibition features an extensive selection of previously unshown films, historical and documentary materials, surrealist avant-garde works and objects produced by patients at Saint-Alban Hospital, on loan from the Lausanne Art Brut Collection and other private collections.

This project is the result of a research process developed by art critic, teacher and researcher Carles Guerra, and research led by literary critic and University of Barcelona lecturer Joana Masó, which was financed by the Mir-Puig Foundation and produced the publication Tosquelles. Curar les institucions (Arcàdia), awarded the Ciutat de Barcelona Essay, Humanities and History Prize 2021.

This exhibition has the support of the 4Cs Project.