“I want to encourage both the artist (and the participant) to use art forms to record and interpret multiple perspectives and develop an understanding that no single story exists.” (Hanna Qadir, Conflict Scientist and Scholar)

As a patron of the arts and recipient of an Excellence Fellowship at Columbia University, conflict scientist, Hanna Qadir (MSc) believes in cultivating the power of public art in the field of conflict resolution. Finishing an MSc degree in conflict science, her philosophy encourages new collaborations and intercultural dialogue across the disciplines of art, conflict resolution and social science. Qadir initiated a research project (during her time at Columbia) focusing on the combined power of science and art forms as a means for social action and change. Utilizing a rich framework of conflict resolution theory and toolsets Qadir investigates how to build and apply academic knowledge across a community of artists. This phenomenology approach has allowed Qadir to communicate with a broad community of local and international artists; acting as her primary stakeholder group. Each artist becomes not only a research participant but offers representation as a ‘change agent,’ at a local and regional level contributing to a lasting change in attitudes across communities. The artists within this community represent and embody specific conflict themes relevant to their portfolio of work - anything ranging from themes such as ageing, spirituality, sexuality and mental health to political conflict. 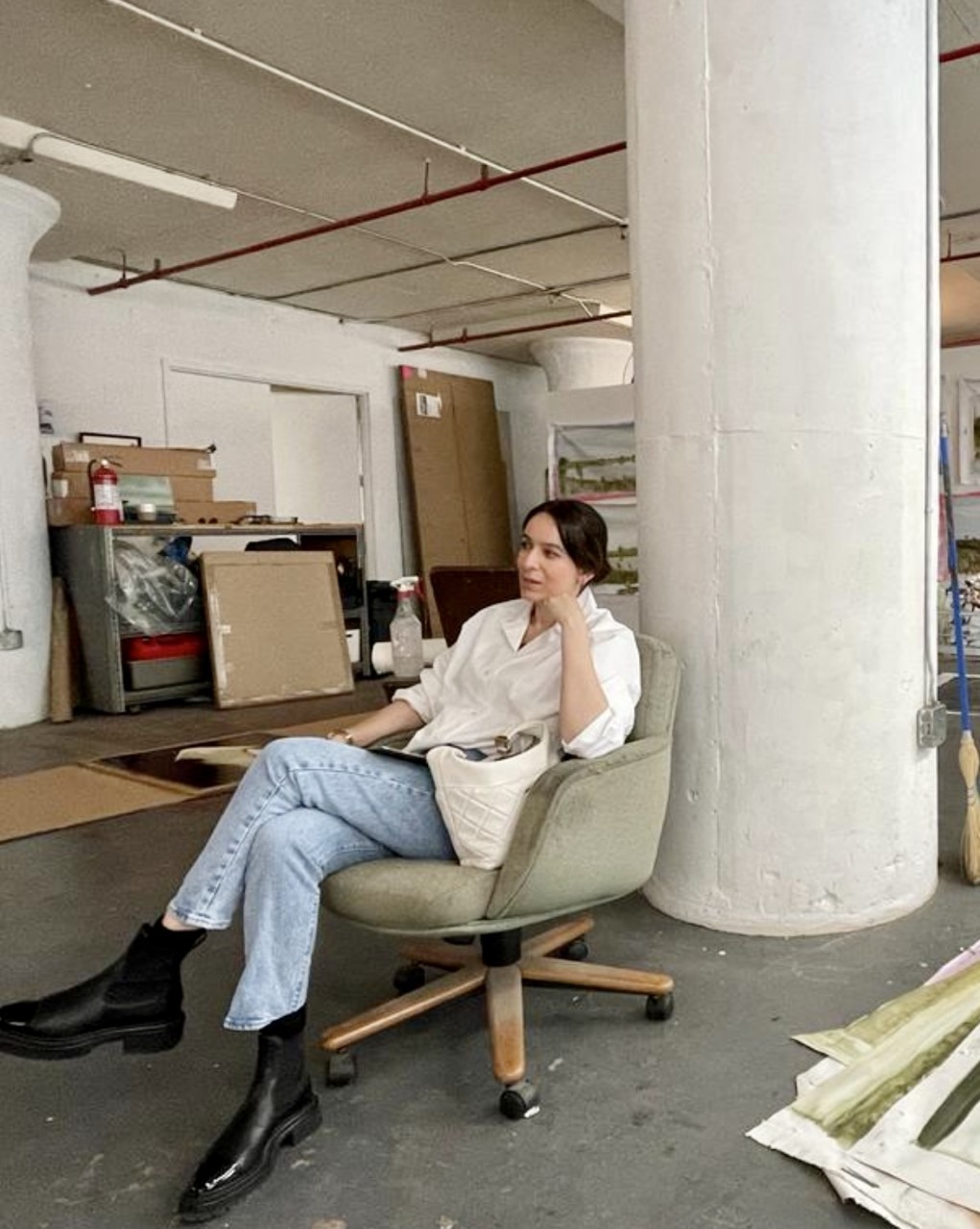 Qadir (in an artist studio)
Courtesy of Hanna Qadir

Her work has involved interviewing and engaging with a number of artists, through one-on-one dialogues as well as studio visits, and collectively interpreting the conflict agenda behind their work. Some examples include Amir Dehghan, a British-Iranian political artist, who tells stories about Iran through his canvas. For one of his recent series, “To-protest,” Dehghan used black oil paint, which he whipped seventy-four times with a rubber cord into his canvas, to represent articles in the Iran Islamic Penal Code. This work embodied the punishments faced in Iran that came with the act of publicly protesting. Through his work he wishes to demonstrate how such provisions are tools for attack on the rights to freedom of expression, religion and belief.

Adrian Wright, a veteran of the British Armed Forces, is another artist Qadir has maintained contact with over the last two years. Falling into a deep depression after sustaining an injury that led to him being released from service Wright was introduced to painting through his rehabilitation process. “My therapist brought me a painting kit; it saved me in body, mind and spirit” (Adrian Wright, 2021). Heavily inspired by Turner and his imaginative landscapes, Wright believes art holds the power to create better societies, better people and improve human life. He now runs his own art gallery in Yorkshire, England where he can often be seen painting through the glass window and encourages other army veterans, as well as anyone facing conflict in their life, to use artwork as a means of communicating with the outside world. 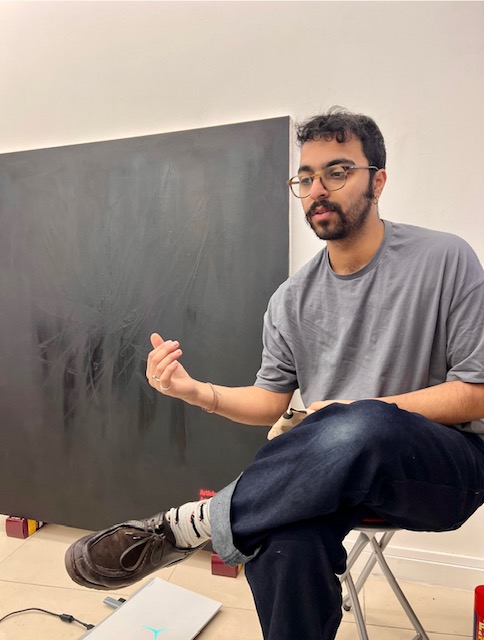 Qadir’s ongoing goal is to prove an alternative and promising new way to look at conflict around us. Through using art forms to engage with the community, it is her desire to highlight that not all communication is verbal and to express alternative narratives where art performs a critical role. She hopes to offer a new medium for better understanding conflict and identity and supporting artists in telling their story. Like a mirror reflection, Qadir encourages an awareness of the multiple layers that exist within us as a means of interpreting conflict. Human emotions are universal and softly unpacking and understanding conflict at an individual level acts as a lever to better interpreting large-scale conflict across the global arena.

For more information on Hanna’s research work and publications or if you are an artist that would like to get involved in this project then please contact Hanna via email hq2178@columbia.edu or Instagram @hannaqadir