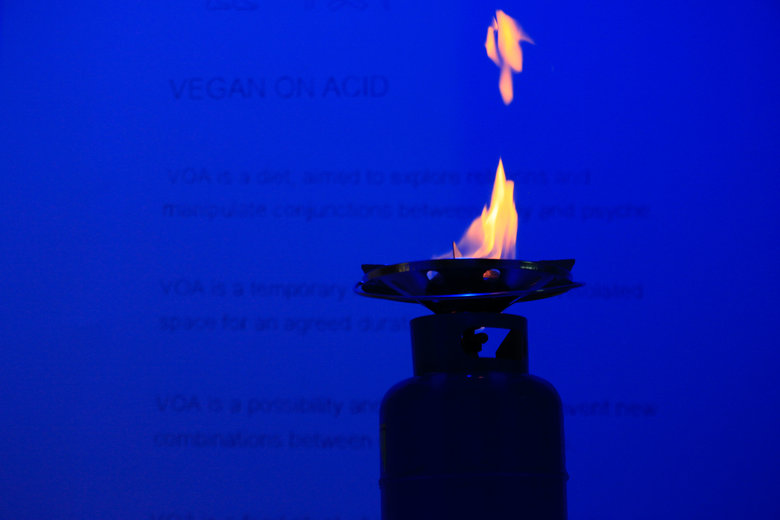 Since September 8 Saulius Leonavičius resides at MASS Alexandria in Egypt. After spending there a bit more than a week, he has shared his first impressions of his time there.

Last week an alternative education programme took off at MASS Alexandria including 30 students from Alexandria University Fine Arts Department and other foreign as well as Egyptian higher education institutions. During this one-year programme, artists and researchers from different countries give lectures and spread the knowledge of contemporary art. This is an important feature of the programme as traveling for local artists is rather complicated and there are no study programmes in contemporary art at Egyptian universities. The  participants present their creative works at the final exhibition.

During the opening event of the educational programme Saulius Leonavičius has presented his ongoing project Vegan on Acid aimed at possible and existing connections between diet and identity. Saulius is interested in how nutrition and lifestyle can be perceived as a creative strategy, research method or a relevant part of an artistic practice. At the core of Vegan on Acid dinners are vegan waffles baked with an old granny‘s waffle pan, which is surrounded by specific sounds, smells, and conversations.

Saulius‘ research is based on liminal experiences, psychedelic aesthetics, pharmakon theme and how all of them could be actualised through art and design. It is important for him to maintain a critical relation to art institutions and to the ideology of an art work. To achieve this, Saulius uses strategies such as appropriation, intervention and critical design. 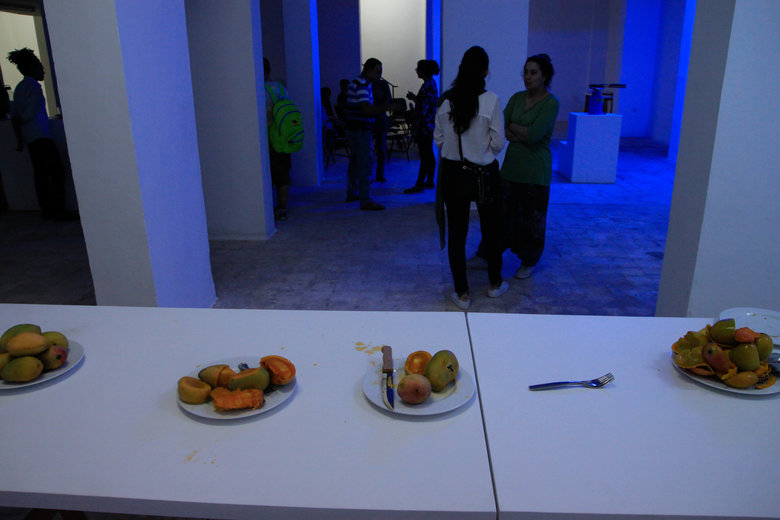 An exhibition MICKEY IS MY HOME by Saulius Leonavičius (Vegan on Acid) marked the completion of the two-month residency of the artist in Egypt and took place at MASS Alexandria throughout 26–31 October, 2018.

The exhibit consisted of a new installation The Temple of Mickey and a happening Breakfast on Sour Grass – an ongoing project that the artist conceived a few years ago with his partner Gabriele Leonavičė and friends in Lithuania. Based on a context-specific research, the exhibition was revolving around the relations between the local and the global, popular culture and germination. Within these conceptual latitudes the artist also referred to two important aspects: the isolated space of a child, commenting the ideas in the book by Hakim Bey Temporary Autonomous Zone, and the emergence of a ‘space within a space’ along with a formally and conceptually contradictory construction within an established system. The installation was also an attempt to reflect on the particular fate of Walt-Disney character Mickey the Mouse that was introduced to Egypt by Samir in 1956/59, adopted by almost every child, and therefore can now be found in Egypt in every imaginable form and shape. 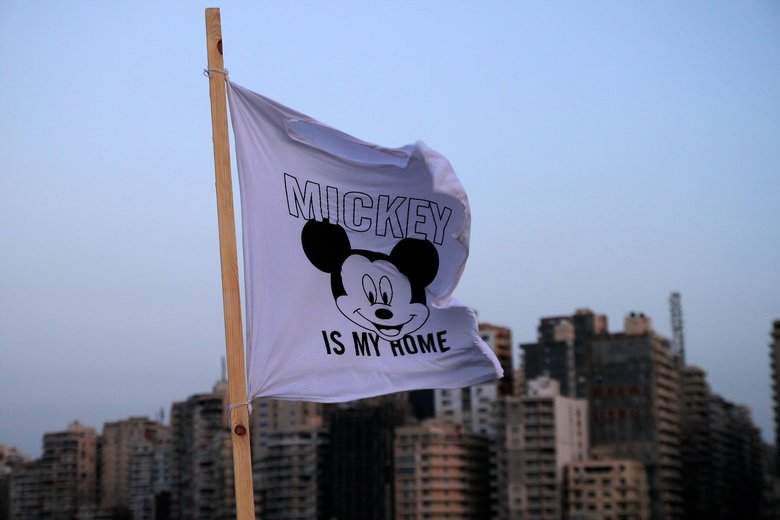 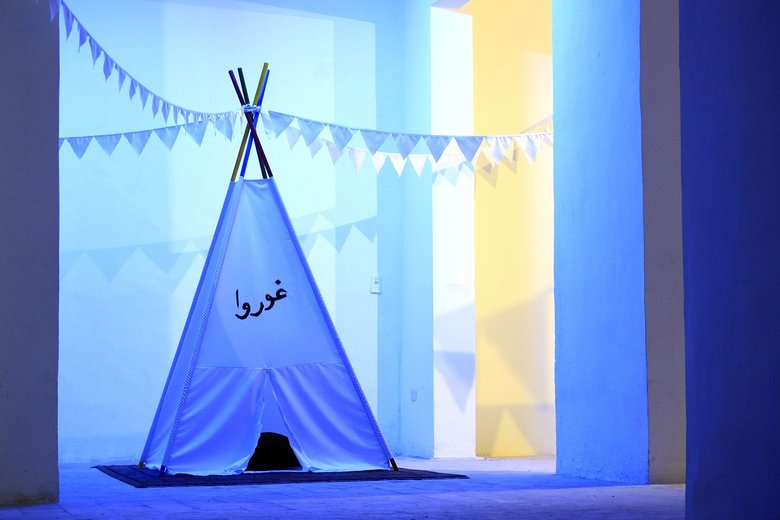 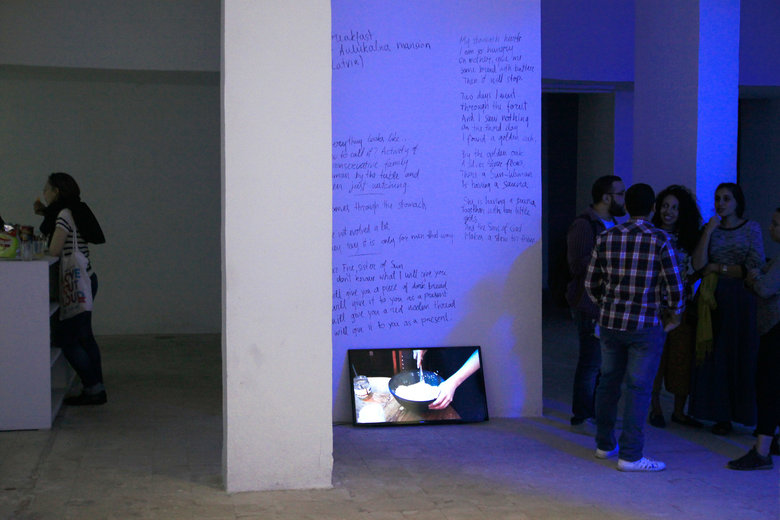 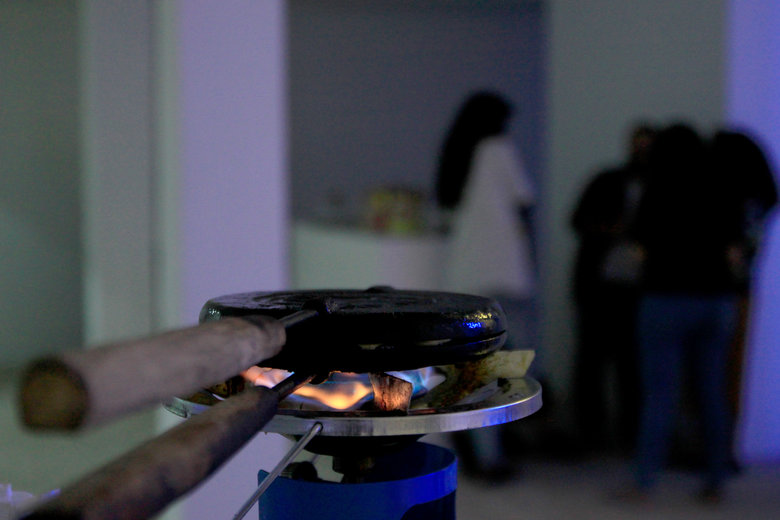 This residency is part of the project 4Cs and of the exchange programme between MASS Alexandria and VAA Nida Art Colony. The project is supported by the Lithuanian Council for Culture, the Founding Director of MASS Alexandria Wael Shawky, and the EU programme Creative Europe.