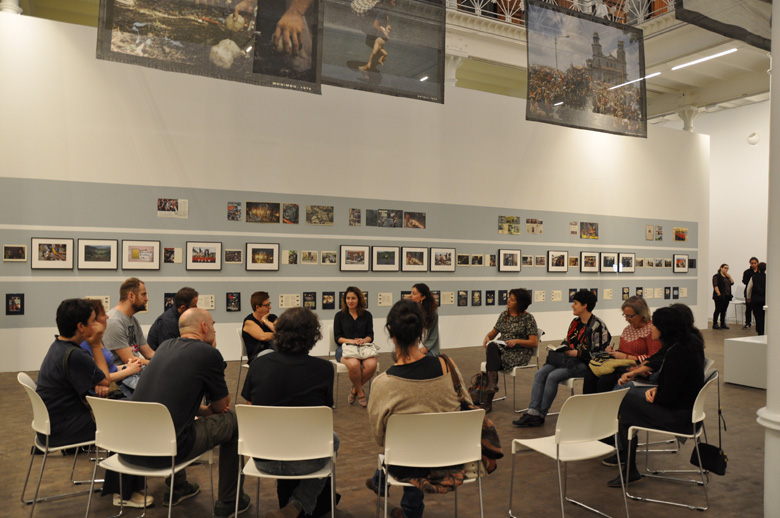 The context of the Residence is the exhibition "Susan Meiselas. Mediations". Susan Meiselas started to work in Kurdistan in 1991. Her first visit to the region was brief. She was stunned by what she saw and she had started to cover the massacre of the kurdish community in Iraq by Sadam Hussain, who in 1988 had started the "Anfal" campaign against kurds people. Nearly 100,000 Kurds were said to have “disappeared”. In this context Susan Meiselas had documented the genocide but she was also interested in documenting the kurdish history. She was interested in showing the intersection and interplay between those who shaped Kurdish life and the lives of the chroniclers who pictured them -- the photographers and those photographed, the points of cultural exchange, how the various protagonists crossed one another's paths. In this way she combines the documentation of the genocide with the compilation and archiving the historical images representing the kurdish community.

Born in Damascus 1984, Guevara Namer is a Syrian origin Kurdish photographer and filmmaker. Activist during the Pacific Arab Spring, she was persecuted by the Bassar al-Assad regime. Guevara began his journey to exile in Egypt. She is currently living and working in Berlin, working for the freedom of Syria and the Kurdish people.

The aim of the Fundació was to involve an artist currently living in an emergency situation. Susan Meiselas has been the responsible, with the Fundació, to select the artist in residence. In this sense, the idea was to find an artist who allowed the Fundació to connect one of the war conflicts photographed by Susan with a contemporary War Conflict, in order to put under discussion contemporary war conflicts and contemporary war representation. Photographic tools have changed a lot during this to conflicts, analogical to digital and the democratization of the photo with new devices as smartphones, and it means that the representation of the war conflict are different as well as the role of the artist has changed.

Has degrees in photography from the Art Applied Institute 2007, Dramatic Studies degree from the Higher Institute of Dramatic Arts in Damascus, Syria 2011. Guevara works as freelancer photographer since 2005, participate in workshops & Exhibitions since then and worked as a trainer for young photographers in Syria 2011-2014.

Beside photography Guevara has co-directed her first documentary "Morning Fears, Night Chants" in 2012 premiered at IDFA Amsterdam Documentary Film Festival and screened on Art TV, her experience in documentary film production and training start by running all the filmmakers workshops at the DOX BOX International Documentary Film Festival in Syria and since moving to Berlin in 2014  she is a member of the DOX BOX General Assembly (non-traditional support organisation for documentary filmmakers) and she worked as Academy Manager & Community Moderator from Oct 2014 - Sep 2017.

Discussion between the photographer Susan Meiselas, the Syrian artist of Kurdish origin Guevara Namer and Carles Guerra, director of the Fundació and co-curator of the exhibition Susan Meiselas. Mediations. 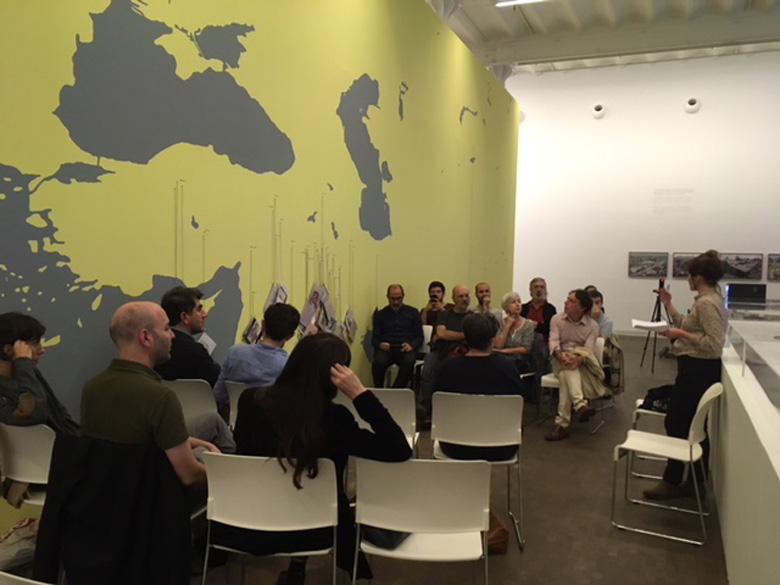 Invitation to the presentation of the exhibition "Susan Meiselas. Mediations" for secondary school and adult education teachers and university lecturers.

The work of Susan Meiselas (Baltimore, 1948) is inscribed in the recent history of documentary photography. In order to explore the potential of her work and the possibility of developing educational projects inspired by it, we invite you to a presentation given by the education department of the museum and the photographer Guevara Namer, currently on a residency at the Fundació. A graduate in photography and drama studies, Namer has extensive experience in educational projects aimed at young photographers in Syria as well as directing documentaries. She currently resides in Berlin where she is part of DOX BOX General Assembly, support organization for documentary filmmakers.

Following the presentation, the museum offers its mediation to centres interested in the development of educational projects in the classroom. Once completed, these projects will be presented publicly in the museum.

During the war, YouTube became an alternative communication platform for Syrians outside the constraints of local and international media. This is a selection of videos made by Syrians for Syrians. Warning: some scenes, dialogue and images may hurt the sensitivity of the viewers.

A young Syrian woman does not share the beliefs of her parents. Being a young woman, her parents do not allow her to leave home, much less participate

in activities against the Syrian regime. Nevertheless, she rebels, writing and singing protest songs in secret, hoping they will encourage others to think and believe in a better future and greater freedom.

Thousands of people share the same fate under the tarpaulins of refugee camps in Kobanê and Shingal. Kurdish filmmaker Bahman Ghobadi has given camcorders to eight children who, through their individual perspectives, explain how they live in the camps.